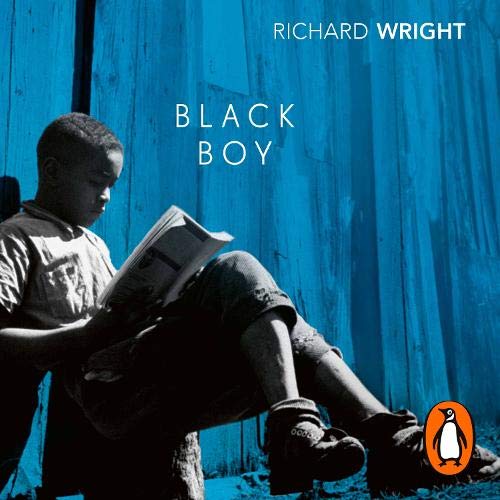 By: Richard Wright
Narrated by: Peter Francis James
Try for £0.00

Richard Wright's memoir of his childhood as a young Black boy in the American South of the 1920s and '30s is a stark depiction of African American life and a powerful exploration of racial tension.

At four years old, Richard Wright set fire to his home in a moment of boredom; at five his father deserted the family; by six Richard was - temporarily - an alcoholic. It was in saloons, railroad yards and streets that he learned the facts about life, about fear, hunger and hatred, while his mother's long illness taught him about suffering. In a world of White hostility and subjugation it would be his love of books and pursuit of knowledge that would propel him to follow his dream of justice and opportunity in the north.

A chronicle of coming of age under the racial prejudices of the American South, as much the story of a writer finding his voice, Black Boy remains one of the great, impassioned memoirs of the 20th century.

"A compelling indictment of life in the Deep South between the wars." (Daily Telegraph)

What listeners say about Black Boy

A kitten killing and a cook who spits in the food!

This is the second novel I have read/listened to by Richard Wright. The story of Wrights own life and struggles with life as a black boy in the southern states of America really did stop and force me to consider the reality of life under the so called “Jim Crow” law, a set of awful and evil discriminatory practices that tormented the lives of so many during the last century. I marvelled at the way the author managed, through true grit and self determination, to overcome prejudice and ignorance - a true masterpiece and an inspiration!