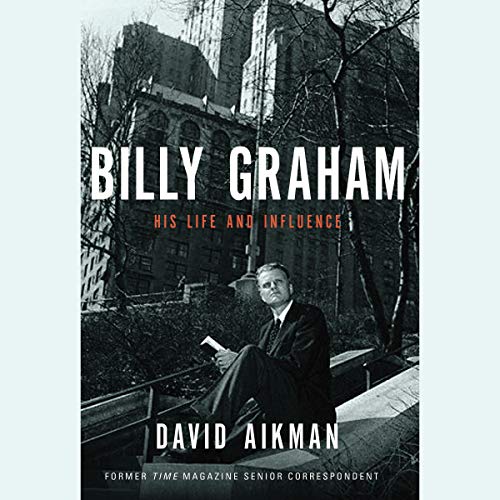 If there were such a job as the nation's pastor, Billy Graham would be the prime candidate.

Having known more American presidents, foreign leaders, and famous people than any other American living or dead, he has been uniquely able to speak to the heart of the average person and bring peace and clarity to a nation in trying times. Graham's ministry flourished during a challenging period in the American experience, when the nation was coming to terms with its unexpected new strength in the world and grappling with the most serious racial and social upheavals since the Civil War.

Now acclaimed author and former Time magazine senior correspondent David Aikman sheds new and deserved light on that influence, probing critical episodes of Graham's life that help explain his profound impact, both on the public life of America and other nations and the private lives of their cultural and political leaders. Aikman's previous books, Jesus in Beijing and A Man of Faith have been praised by Foreign Affairs, The New Republic, and First Things.

What listeners say about Billy Graham