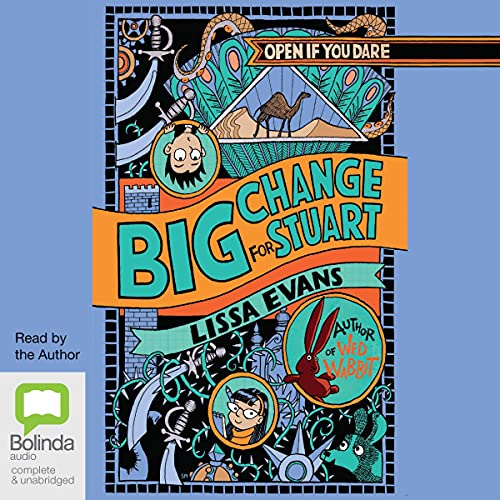 Big Change for Stuart is the second title by Lissa Evans featuring unlikely hero, Stuart Horten, a fast-paced adventure full of magic and mystery, clues to unravel and puzzles to solve.

Stuart Horten (aged 10, but looks younger) is now the owner of a magician's workshop - a treasure trove of illusions and the gateway to seven magical adventures. Except that without his great-uncle's will and testament, Stuart can't actually prove the workshop is his.

Can he solve the puzzles and find the will before it's too late? Or will the looming danger and increasing risks ruin his friendships for good?

"A gem for budding heroes." (Amanda Craig, The Times)

"It delivers everything a good old-fashioned adventure should." (Marcus Sedgwick, Guardian)

"A great follow up to the previous story about Stuart, once again full of action and magical adventures." (The Bookbag)

What listeners say about Big Change for Stuart