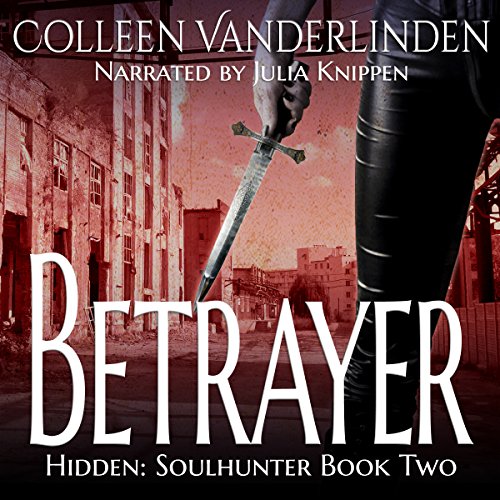 By: Colleen Vanderlinden
Narrated by: Julia Knippen
Try for £0.00

A betrayer hides among the immortals of Detroit, a threat that could very well send not just the immortals, but the rest of the mortal realm into chaos. Violent souls have escaped their prison in the Nether, and the appearance of the undead, created by a rite long forgotten by most beings, only adds to the imminent danger.

Eunomia, created for the sole purpose of hunting the souls of the dead, searches ceaselessly for those who have escaped her Queen, as well as those new creations, the undead, which only she and her New Guardians can capture.

An old nemesis appears, and Eunomia's trust is tested by those she once considered allies. When something precious is stolen, it sends the immortals into a turmoil unlike any they have ever experienced.

A Guardian Learns to Live

Amid all of it, Eunomia fights beside the man she knows she is coming to treasure more than anything else in her long existence. She begins to understand how much she risks in letting herself love, and she can only hope she is strong enough to keep him and everyone else she cares for safe.

Each betrayal, each lost soul, drives her Queen closer to insanity, and the safety of the mortal world hangs in the balance.

Somehow, Eunomia will have to be enough to keep it all from falling apart.

What listeners say about Betrayer