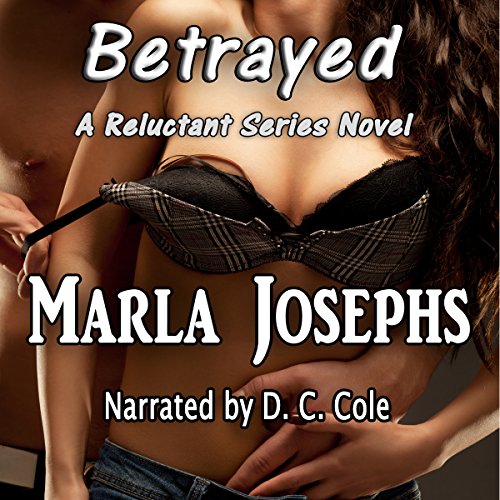 Ashley James was through with men. But, she was also a professional. How she ended up working for the first man to break her heart while in the middle of a nasty breakup with the current man who'd broken her heart, she didn't know. One of life's cruel jokes, she guessed. Well, the joke was on life. Her job was the one thing that made sense in her life. And, she wasn't going to let stupid men take that from her. If her ex, Nick Connor, was her client, so be it. She would do this job just as competently as she always did...as soon as she mustered the courage to get out of her car and go into Nick's office.

Nick Connor thought he'd never see Ashley James again. She'd disappeared without a trace after he'd messed up and hurt her all those years ago. He thought he'd lost the only woman he'd ever loved. Now fate had brought them back together. Only, she's ending a long-term relationship and men aren't exactly on her list of favorite people. And he is definitely at the top of her "people she hates" list. He may not know what to do, but there's no way he'll let her get away from him a second time.

An interesting modern romance about not wasting second chances. I liked the way Marla Josephs contrasts Ashley's relationship with Zack and her past relationship with Nick. Of course what seems obvious isn't and not all mistakes, despite how similar, weigh in the same. The story moves quite quickly, making it easy to listen to. I just wish the ending wasn't quite so abrupt.

D. C. Coke gives a wonderful narration and is easy to listen to.

This was a very enjoyable audiobook to listen to. I was intrigued from the beginning The story was believable and I felt that it progressed at a good pace.
Ashley is a good strong character and I totally agreed with the way she felt about both her current ex, Zach and her past ex, Nick. Very different cases of cheating.

This series has been awesome! Each book follows a different character but nicely ties in together. I loved the men in this series! They each have been drool worthy in their own way. Nick was no different. Marla gave us such well developed characters that i absolutely fell in love with. The writing was fabulous- Stories intense... I was hooked from the 1st page. I highly recommend this series!

Narration was fabulous for all books- The were performed with feeling, clear and a pleasure on the ears. I'm sure i will be re-reading this one.

Another hit from Marla Josephs and D.C. Cole. This story is about Ashley and Nick who had a past relationship and find themselves working together 10 years later. Even though Ashley has a boyfriend, I kept hoping something would happen to get her and Nick back together. I love Marla's stories. They have real life situations and problems and solutions. You can see this happening to yourself or people you know. D.C. has that silky smooth voice that works so well with the characters. And I love how Shelton and Savina made an appearance, too!
Love it!

Short, enjoyable, entertaining read. Betrayed is a new kind of second chance romance that is so relate-able that you will feel like you are going through the same emotions as the characters. I loved everything about this book up until the very end. I personally feel like the ending could have been better and I hope the author continues the series so that I can see what is next for this couple. Just like in the previous book, you will get to see a little of what is happening with the characters from the previous books.

I have listened to books by Marla Josephs and D.C. Cole in the past. Both are extremely talented. I loved everything about this book except for the ending; it didn't give me enough closure. Maybe there will be continuation that expands some of the other characters that gives me the update/closure that I am looking for in Nick & Ashley's story. My review is not a synopsis of the book, but rather my opinion of it. The narrator of this book added so much emotion that one would not get just reading it. I thought his voice was perfect for this book. I will definitely look for more books by this author and narrator.

Still reeling from all the emotions

This series is a must read for those who like a good romance with a believable back story. This one, like Reluctant brings us a the chance to read a book that you can become completely engrossed in and feel like you are right there with the characters, feeling their love, their frustrations, their sadness and their happiness.

This is the third book of the series, but can be read as a standalone. There is a little intermingling of characters, but nothing is brought to the story that is was needed to be known prior to picking up this book. Ashley James, after 10 years has a chance encounter with her first love, Nick Connor. There is so much that you can relate to in this book, from the high school relationships of being friends, hanging out and falling in love, to the feel of betrayal and hurt, mending your heart and moving on. I personally love second chance romances and found this one to be all of the emotions you can imagine wrapped up in one. The hero, Nick Connor, was easy to fall for, I know I did. Not sure if it was Nick himself, or DC Cole's narration of him, but I was willing to give him that second chance early on. Ashley, on the other hand, was extremely skeptical of becoming involved again. Coming off of a 5 year relationship that her ex was caught cheating on her, Ashley was overly cautious and so guarded at times that I wanted to scream. Definitely signs of a great character development when you can become engrossed in the character. There was definitely chemistry and hot sex, but she was not giving in too easily. Luckily, we had Nick's patient manner. We get to interact with a wonderful cast of supporting characters. Love Tony and his wife, he is quite the character, and we meet Nick's sister Alexa and him mom(such a loving soul). I know I spent the afternoon with this group and feel like I was right there with them and ending up with my happy ending!

DC Cole...the man can read a story, that is for sure. He gives such intensity and emotion to his narrations that you can't help but feel what the characters are feeling. This particular team of superb writing by Marla Josephs and narration by DC Cole could not have been a better match.

I was gifted a copy this!Wow the whole story was simply perfect, I've read too many dark and twisted books that this book was a breath of fresh air.Nick was beautiful, he was not cocky nor arrogant he was just a normal beautiful man.Ashley on the other hand was cute and beautiful, they weren't perfect as other authors made out their characters to be,they were just beautiful, basically just that.I love how the story didn't rush their relationship and based it on sex,their chemistry was over the top amazing and the narration by DC Cole was the cherry on top. He's so perfect especially when it comes to characterizing wow thus guy can narrate the hell out of a book!!!

I Wanted To Listen From Beginning To End

Yes, that's right, I would listen in my way to work, during my lunch break, and on my way home. It was hard to press the stop button. I really enjoyed the two main characters, Ashley and Nick. Although, I have to admit, I had to warm up to Nick due to things that happened in the past. I enjoyed every minute of this story!

I enjoyed this book from start to finish. The characters were well developed and the female character, Ashley, was a strong independent woman. I was easily drawn in to their history and felt both of them had heartbreaks interfering in their lives. The story moved along at a good pace and kept me interested. The narration was well done by D. C. Cole and really embodied Nick especially. I am going to seek out and listen to more work by both author and voice actor.

Very entertaining, engaging and enjoyable story. Even though this is the 3rd book in the series, it can definitely be read as a standalone book.

Steamy romance, betrayal and forgiveness all rolled into a second chance at love story.

For a shorter story this was a really good one. The story flowed easily not forced like so many shorter stories. The relationship between Nick and Ashley progressed naturally. Believable and likable characters with a realistic story. Nick is determined to get back the love of his life. You couldn't help but root for Nick and Ashley to work it out. A final HEA in the future, maybe?

D.C. Cole did a really good job with the narration. Nice voice. Clearly spoken. Nice even pace. Perfect voice for Nick. Good character voices. He made the characters and story come to life. Very enjoyable

I was voluntarily provided this free review copy audiobook by the author, narrator or publisher