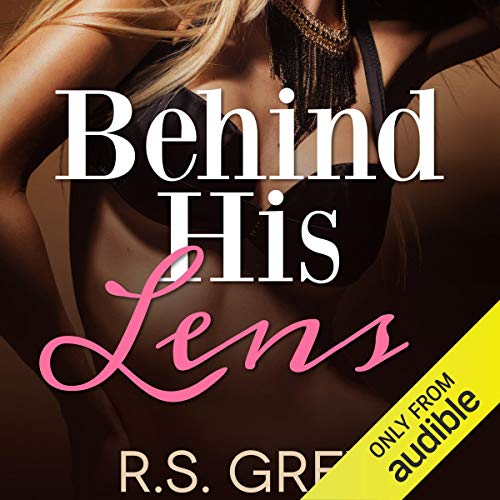 Twenty-three year old model Charley Whitlock built a quiet life for herself after disaster struck four years ago. She hides beneath her beautiful mask, never revealing her true self to the world... until she comes face-to-face with her new photographer - sexy, possessive Jude Anderson. It's clear from the first time she meets him that she's playing by his rules. He says jump, she asks how high. He tells her to unzip her cream Dior gown; she knows she has to comply. But what if she wants him to take charge outside of the studio as well? Jude Anderson has a strict "no model" dating policy. But everything about Charley sets his body on fire. When a tropical photo shoot in Hawaii forces the stubborn pair into sexually charged situations, their chemistry can no longer be ignored. They'll have to decide if they're willing to break their rules and leave the past behind or if they'll stay consumed by their demons forever. Will Jude persuade Charley to give in to her deepest desires?

What listeners say about Behind His Lens

Really lovely to listen to.

I read the book a few years ago so I knew it was a good story.
Well narrated and engaging.
definitely recommend

WHOA was not Expecting THAT

Good light listen until the ending it pulled out all the feels....... I want more of these two. Can we get an extended epilogue??

THEY TRY TO OVERCOME THEIR PASTS FOR EACH OTHER

Charley is very beautiful, shy and sweet Model but she's afraid to let anyone get too close because of a terrible incident she witnessed in her past which has forced her to build a wall around her heart so she doesn't get hurt again. Jude is a sexylicious gorgeous Fashion Photographer but he's also a manwhore with different women each night but when he sees Charley and her friend dancing in a Bar one night suddenly he's consumed by her, his Angel..... however he doesn't want to want her and leaves. Then, when he's on his next photo assignment who should be the star model.... yup, you've guessed it, and suddenly there's an intense sexual awareness between the two of them with some very sensual photo scenes.

Again, he doesn't want to want her because of a tragedy that haunts him and one he feels responsible for but he can't ignore the strong chemistry and he decides to take a chance because he just can't let his Angel go. His next assignment is in Hawaii and he arranges it that Charley is the main Model and a slow and sweet romantic build-up follows with tender touches, heartfelt declarations and lust filled looks. More sensual photo scenes follow but he's all Alpha so it will be when he decides and when they eventually have mind blowing sex he's lost but Charley is just waiting for the goodbye scene that she's sure is about to happen. Jude wants her to share her demons and trust him so issues an ultimatum.... one that he will regret because it has disastrous consequences for both of them.

A really enjoyable listen with two likeable leads, a best friends secondary love story, an easy-going saccharin sweet storyline with the lust, passion, chemistry and sexual awareness being so well written I thought Jude's lens would steam up and crack. More mental heat than actual sex scenes but when there is one it's graphic and there's plenty of thrusting, adjusting, claiming and fireworks. Two unstable people who take that leap, let each other in, overcome everything and heal one another..... delicious.

Worth a credit? Told from dual POV's, great narrators and an addictive creditworthy listen.

Oooooh! Two broken characters come together, but can they resolve their own issues to get their HEA?
Enjoyable narration by two professionals of a story with all the feels 😁

I really enjoyed this book. The story was exciting and entertaining!
narrators did an awesome job.

Only get this book if it is on sale

This book started out ok but later became irritating to me. It irks me when characters draw a wrong conclusion based on flimsy evidence and then runs off! Who does that anymore? That storyline is very outdated.

I loved this book so much! I’ve read most of the books by RS Grey. This one may be the best one for me!
So many emotions inside! I’ll say this...i could listen to Jude say Charley’s name over and over! Sooooo sweet the way he talks to her!
Get on this ride....it’s a good one! But be prepared for an emotional roller coaster toward the end !!

I enjoyed this story But I was hoping for just a bit more at the end . HEA yes but was from issues to happy really Fast it felt to me . I truly did enjoy it tho

Another Fantastic Novel From R.S. Grey

The story was fantastic, along with the narration. It was sad and heartbreaking at times, fun and sexy hot at others.