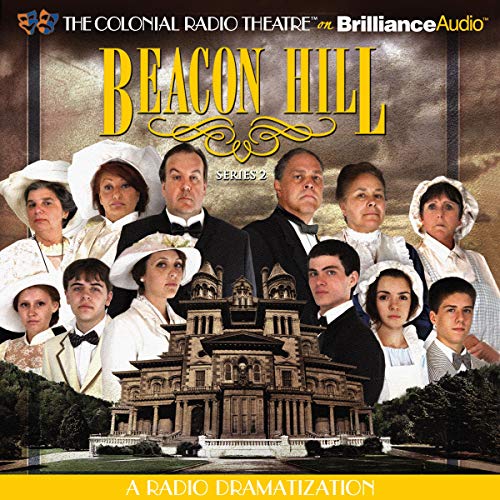 A house filled with shadows and secrets. The epic drama of the Prescott Family continues.

In series two of Beacon Hill, Barton Prescott finds himself in trouble with the roughnecks he took bets from during the American Marathon. Unable to pay what he owes, his life becomes endangered. Meanwhile, Marietta falls in love with an actor, and must keep their romance a secret for fear of causing an uproar at home, which seems inevitable when Jocelyn demands to meet the young man. Aurora struggles with her relationship with Kevin Hull, whose elitist ways are making her see him in a whole new light.

Downstairs, Williams the Butler threatens Footman Robert with bodily harm unless he stops speaking with scullery maid Lucille. His dour mood and grave threats begin to arouse the suspicions of Miss Logan and the rest of the staff as tensions mount - and above all, Charles and Jocelyn’s relationship is put to the test when tragedy strikes the Prescott home. The award-winning Colonial Radio Theatre On The Air invites you back into the mansion of the wealthiest family in 1898 Boston, the Prescotts, and the continuing saga of Beacon Hill.