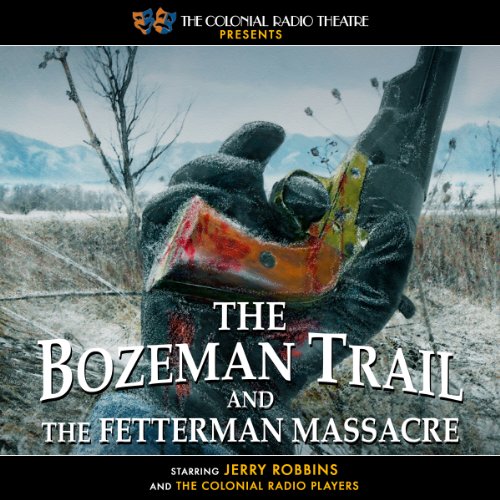 The Bozeman Trail and the Fetterman Massacre

The Bozeman Trail and the Fetterman Massacre

Had it not been for Custer's defeat at the Little Big Horn, the story of The Bozeman Trail and the Fetterman Massacre would be known to every American today as one of our worst military disasters.

While it was a defeat for the US Cavalry, it was a victory for all the Native Americans, for after the battle, Red Cloud signed a peace agreement with the US and, "For the first time in its history the United States Government had negotiated a peace which conceded everything demanded by the enemy and which extracted nothing in return."

Here is the story of that battle, dramatized for audio by the award winning Colonial Radio Theatre. Complete with a full cast, music score, and thousands of sound effects, this production will put you in the middle of the action.

I enjoyed this radio reenactment of this historical event. I have loved many of the colonial radio players stories and plan on listening to more. so go ahead and give this one a shot,