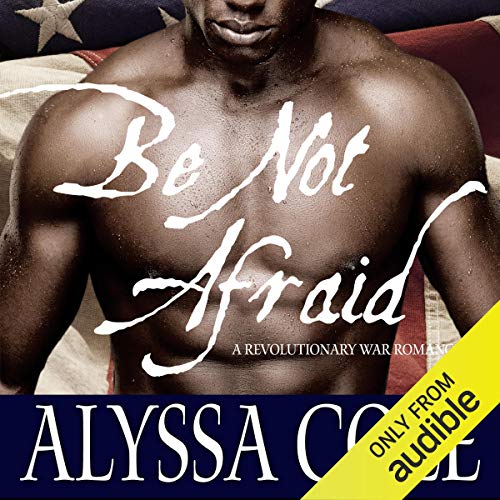 Elijah Sutton is no fool, despite his love of a country that enslaves people like him. When he's offered land, livestock, and - most importantly - his freedom if he fights in his Patriot owner's stead, Elijah believes he'll soon have everything he ever wanted...and then he meets Kate.

The Crown has promised freedom to slaves who escape their Patriot masters and join the British side, and Kate intends to take them up on it. She's eager to leave America - and the painful memories it holds for her - far behind...and then she meets Elijah.

Their attraction is undeniable, but their goals couldn’t be further apart. When Elijah is captured by the British while helping Kate, they're thrown into close proximity and forced to choose between their hopes for the future and their hearts.

Be Not Afraid originally appeared in the anthology For Love and Liberty: Untold Love Stories of the American Revolution.

What listeners say about Be Not Afraid

Good, just not for me

This is an interesting read. I found the overly descriptive sex scene a bit cringeworthy but that's just me. The characters and their relationship are really engaging though. Well written, just mot my kind of thing.

A black woman named Kate meets Elijah, a black man in the uniform of Washington's army, the enemy of the British army. He plans to fight for Mr. Sutton, his master who promises to set him free. He is captured by the Brits as he lingered to assist Kate who is grabbed by a British officer who attempts to rape her. Kate is saved. Through subterfuge she and Elijah are spared by the Brits with a promise that both serve the Brits. Elijah's plan is to escape but he wants her to go with him. I will not spoil the outcome, but the story is very moving. A wonderful word picture is painted of two black people facing threats from all directions in the midst of our war torn young country. Cole's story, more a novella than a full length book, feels so real.

This book was nothing like I expected. I loved this story and the point of view in which the story was told. I would recommend this book.

Enjoyable,sexy historical story with a strong heroine, a strong love interest again the backdrop of the civil was from the rarely heard from view point of enslaved people. refreshing to consider how they had the same desires for love and companionship as everyone else and the complications of that.

I really enjoyed Ms Chilton's portrayal and the well written story. I would have liked more. Perhaps we will get a story on Charlotte the young girl