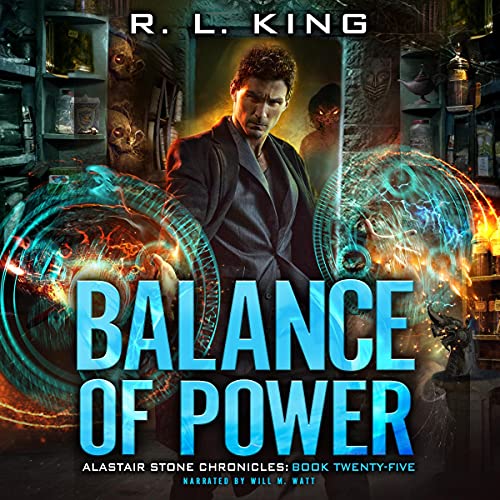 Stone Enters A High-Stakes Race for a Deadly Prize

Alastair Stone had long thought the ability to interfere with arcane energy to be the holy grail of magical study.

Until a piece of an item capable of doing just that turns up in a collection of mundane occult art, and someone nearly kills one of his colleagues while trying to steal it.

The search for the other half of the item leads Stone to a stage magician who died more than 50 years ago - but Stone isn’t the only one on the trail.

It's bad enough that not one, but two ancient and powerful magical organizations are also after the artifact. But the non-magical can arguably benefit from it even more, and a shadowy group possibly connected with the mundane government elevates the race to an even higher level.

Stone can't let this terrifying device fall into the wrong hands - but what are the right hands?

And even if he manages to get hold of it, what is he going to do with it?

Prepare to lose yourself in this number one Amazon best-selling urban fantasy series fans are calling “unstoppable” and “a major winner”! Once you enter the world of Alastair Stone, you won’t want to leave.

Don't miss the rest of the series:

Also, don't miss the Happenstance and Bron series, set in the world of the Alastair Stone Chronicles:

The Soul Engine
Chariots of Wrath
By Demons Driven

What listeners say about Balance of Power