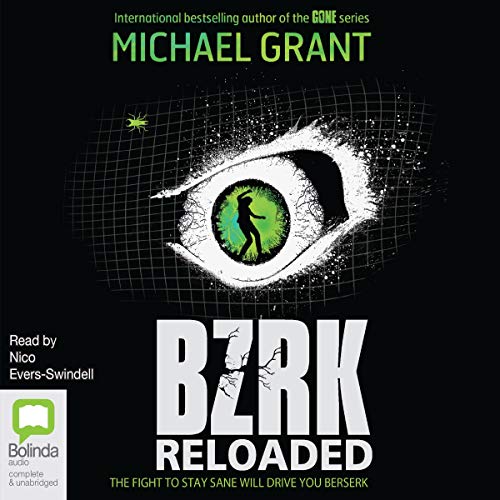 By: Michael Grant
Narrated by: Nico Evers-Swindell
Try for £0.00

The entire BZRK cell, including Noah and Sadie, have been left in pieces after the last round of battle with the Armstrong twins, conjoined brothers who plot to rob mankind of its free will. Vincent's mind is shattered, but his memories hold dangerous secrets and Lear, BZRK's mysterious leader, will stop at nothing to protect those secrets. Meanwhile, Bug Man has taken control of the President's brain, but playing with sanity is a dangerous game. The consequences can spiral way out of control, and the Armstrong twins are not people Bug Man can afford to disappoint. The nano is as terrifying, exhilarating, and unpredictable as ever. But the wall of secrets that surrounds it is cracking. What will it reveal? And once the dust has settled, who will be sane enough to find out?

"YA fiction at it’s best.... It's a combination science fiction/adventure/thriller all written brilliantly to entice the reader into a terrifying world." ( Examiner.com)

What listeners say about BZRK Reloaded