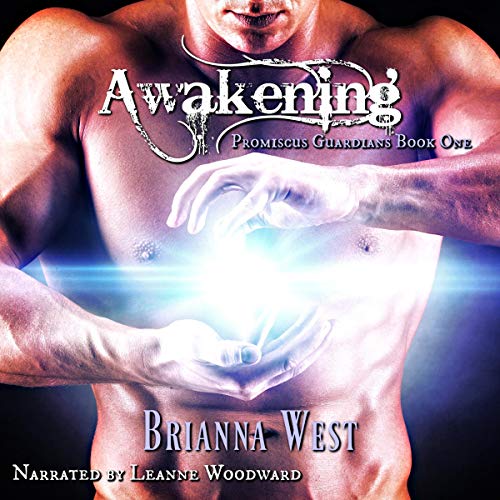 By: Brianna West
Narrated by: Leanne Woodward
Try for £0.00

Izzy is on the fast track to nowhere. Being ordinary really blew, sometimes. That's until she meets Lucas - a man who's unlike anyone she's ever met. Mostly because he isn't actually a man. He is a supernatural creature that proclaims to police the light and dark in order to protect humans.

And Izzy, well, she isn't the human she thought she was. She is actually a supernatural being, as well. And now, Lucas is going to do everything in his power to find out what she is and protect her from the dark lurking around the corner.

Awakening follows Izzy as she navigates this new world of demons, vampires, angels, and many other supernatural creatures. Recruited by the Promiscus Guardians and partnering with Lucas, the most brooding and devilishly handsome man she's every met, Izzy is suddenly knee-deep up crap creek.

Discover the secret behind her power and why it's such a commodity in her awakening.

What listeners say about Awakening

This is difficult because I am a huge huge fan of this entire series. I will never say anything negative about the story, the characters or the authors ability to create a fantastic world of heroes and heroines that completely draw you into their world of magic, meyhem, danger, and total hotness! Fabulous!
Unfortunately, for me the narration in this case didn't do the characters justice, her inability to connect with Izzy's personality left me feeling a little disappointed, and her knowledge of accents was poor, but, hopefully future releases in this series will correct those issues and I will look forward to listening to more installments.