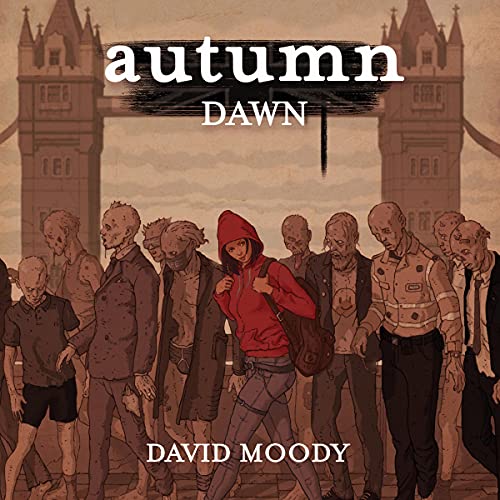 By: David Moody
Narrated by: Aubrey Parsons
Try for £0.00

Population seven million • 99.9 percent of them dead • the survival of the rest balanced on a knife-edge

The World Is Dead

Two months ago, billions of people were killed by a deadly germ. Days later, they rose up again in massive numbers. Since then, cities worldwide have become corpse-filled, rat-infested, germ-choked hellholes.

A group of people are trapped in central London, hopelessly outnumbered by the dead. They hear rumours of a safe haven in the north - a self-sufficient community where people from across the country have gathered to try and rebuild their lives. But the decaying ruins of the capital are vast and sprawling, and they’re going to need an army to get away from this place.

There are other people here, waiting in the shadows to be found. Can enough of them band together to make a difference, or has the country - maybe even the entire world - already been lost to the dead?

The first book in a new trilogy set in the nightmare world of David Moody's international best-selling Autumn series. For more information about Autumn visit www.lastoftheliving.net.

What listeners say about Autumn: Dawn

I have followed the Autumn storyline since it's original inception, and it is great to see the theme revisited.

A lot of blood has flowed under the bridge in the Zombie genre since David Moody first put pen to paper, but overall the narrative of human survival remains the element most readers identify with, not least this is underlined by what we have all experienced in the past two years with the Covid pandemic.

Aubrey Parsons excellent voice talent dips freely in and between British regional accents to breath believable life into the characters, and as this is to be a trilogy, leaves you wanting to know what happens next.

A High Watermark in the Sea of Undead Fiction.

As someone who has read and enjoyed all previous books in the 'Autumn' series, I'm thrilled (and relieved) to say the high standard already set has been more than met in this latest installment. That is not to say that familiarity with the previous books is necessary to enjoy this chapter, but the tone and style is recognisable to a returning reader. How David manages to continue writing engaging stories without resorting to repetition or developments that cause involuntary eye-rolling is impressive. His characters truly feel like ordinary people. No ex-spec ops soldiers, no civilians that suddenly develop skills that would take years of training, just human beings trying to cope in a terrible situation. No power fantasies here, just relatable struggles. The reading by Aubrey Parsons also deserves to be highlighted in adding real human dimension to individual characters, whilst still retaining a distinct voice as narrator.

Another great addition to the Autumn world

Story is very well written. Autumn is not about gunning down zombies from afar, its about getting right into the action. Character progression is excellent and I can't wait for the next installment.
I have all the previous Autumn books, this was the first audio version I have tried and I am very happy with Aubrey Parsons vocals. I was slightly dubious at the start but he did a fantastic job of pulling me into the story, all the characters (and there are quite a few) were easy to differentiate between.

Great listen! If you are on the fence… get it!

I was pleasantly surprised with my first experience with Moody’s writing. Great story, characters and the narration was spot on! Solid performance from both author and narrator. Now I need to go check both for my next listen!

Great Story that keeps you listening and wanting to know what comes next, looking forward to book two.