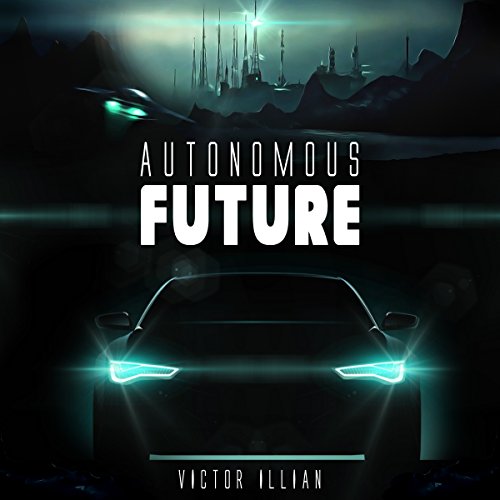 It's the year 2035. Autonomous cars have become commonplace and have had unexpected impacts on modern culture. As we learned to trust self-driving cars with our lives, trust in corporations has grown.

Like most software developers, Lucas Trent works hard to produce effective, efficient software. But he dreams of doing more. Artificial intelligence (AI) has advanced to a point of impending evolution, and Lucas needs to be a part of it.

The corporate superpower Korelucent provides most of the hardware and software in both government and public sectors. The corporation also builds the leading-edge AI in which Lucas is eager to be involved.

When given an offer he can't refuse, this sportbike-racing developer joins Korelucent and finds a new technology far too advanced for any one corporation. He also discovers a hidden agenda so big he can't trust anyone. Enlisting the help of his Marine brother, a team forms endeavoring to stay one step ahead of Mark Holt, CEO of Korelucent.

As Korelucent's new technology comes online, entire countries fall under the corporation's power. Will Lucas and his team be fast enough to stop the growing company before its control becomes too great?

What listeners say about Autonomous Future

If you are a fan of artificial intelligence (AI) or enjoy a decent story of what such a future may look like, you might want to pick up the debut novel “Autonomous Future” by Victor Illian. It is a multifaceted tale of computers (much more powerful than a TRS-80 which the author worked on.) which includes the continued rise of self-learning and quite intelligent machines powering drones, cars, and other technology. The audiobook edition is narrated by Steve McCutcheon, who is also rather new to the narration scene. I have to admit that the book’s cover art was what first drew me to listen. I thought the premise of the story was well thought out, yet there were areas where I believed execution (both written and narration) could have been better. For two rather newcomers in their respective roles, the book was mediocre when compared to many of the other book available today in the genre. This is not to say the book was poorly written or narrated, but that does not stand out when compared it to the number of audiobooks I have listened too. I understand such a comment is quite subjective, so if you are interested, give the book a listen. If you have other books in your listening queue, you may want to pass this one by at the moment. Also, be aware that this is a series and only the first book is currently available at the time of this review. I felt the book started out like many other coming of age stories with our main character facing the multiple pains and traumas of his childhood. However, the author does a good job of filling in the main character’s backstory by way of multiple flashbacks. I liked that the main character had depth and form, yet many of the other characters felt pasty and two dimensional. The world was well described, and it had a feeling of Blade Runner or a dystopian cyberpunk setting. You had the ever-present evil corporation holding all the power around artificial intelligence from both a software and hardware perspective. As the saying goes, with great power comes great responsibility. Our main character dreams of working for such a well advanced and trusted entity, yet what he uncovers during his employment not only rocks his world but the entire world. The author includes a fair amount of action and intrigue to keep the listener hooked. Many of the issues being faced in the future are relevant and emerging technologies of today such as automated cars, drones, security appliances, etc. The term machine learning is becoming commonplace, and the story shows us a world where this gets out of control. The book was overly verbose for me. I like books that have quite descriptive writing, but a fair amount of this book could have been reduced down to a more concise piece. I enjoy knowing what people are like by what they wear, but I do not need to know every bit of clothing being worn in each scene. Details on a character’s heels, tight dress, hairstyle, etc. is good to set the stage, but again this can be lessened or removed farther into the book once a listener is able to understand them. Secondly, the technology research seemed weak or flawed at times. I also come from a background of TRS-80s growing up and have been in the computer industry for my entire career. I just felt there were too many holes in how some of the technology was used or the terminology such as the difference between a virus, trojan, and a worm. I’m sure for most this will not an issue, but I hoped for more in this book. Thirdly, there were many placed in the book where the author always used the character’s name instead of a pronoun or other word and it seemed forced. Something like Lucas said…, Lucas then said …, Lucas next said… I like more style and flow by breaking things up a bit. Lastly, I was not a big fan of the quick changing of scenes within chapters and short chapters going right into another. I just started to get a feel for my location and action and was pulled out of this to something else. I know we live in a society of microwaves, but I like a book that knows how to do a good simmer or slow cook. The book’s narration by Steve McCutcheon was done well overall. There were a few places where the audio volume was not consistent, but the book was manageable and enjoyable even with a few technical issues. The narrator provides more of a reading of the book than bringing it alive as some narrators are capable of doing. Again, not bad, but I have heard so many others that have done it better than I can only say that it was average. I know it is a learned skill and I believe both the narrator and the author will improve in future works. For parents and younger readers, the book is rather clean of vulgar language, but it does contain some romance and light sexual topics. Other than that, I do not recall any other issues that my make this book targeted at more mature audiences. In summary, the premise is solid, yet the writing and narration would be categorized as average. The book felt like a blending of a young adult coming of age with a cyberpunk feel. I thought the story was OK, but I would want future books in the series to be more complex, less verbose, and slower transitions between events. It is a good first piece, and if it sounds interesting to you, give it a listen. Audiobook was provided for review by the author/narrator/publisher. Please find this complete review and many others at my review blog. [If this review helped, please press YES. Thanks!]