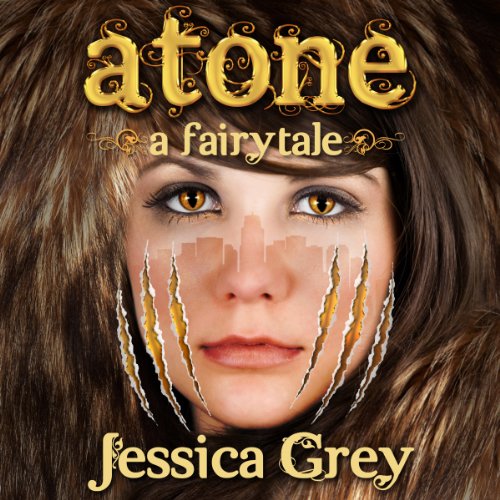 Becca Ward knows that magic is real... Two years ago, not only had she and her best friend Alex found a real life sleeping beauty in the middle of Los Angeles, they also discovered that they were powerful in their own right. They've managed to keep both their fae powers and their friend Lilia's identity as a medieval princess a secret and live a normal life. Now that normalcy is threatened by the return of their former advisor at the Gem and Mineral Museum, and Becca's least favorite person, Nicholas Hunt. And she's about to find out that more than one fairy tale is true.

Nicholas has been obsessed with proving Lilia's identity and the existence of magic. While working on an archeology dig, he discovered an ancient Fae artifact - a mirror that is imbued with a powerful protection spell that twists his obsession, and his body, until he is more beast than man. In order to protect her friends, Becca is forced to help him and she is surprised to find that in spite of his outward appearance, Nicholas is no longer the beast she remembers. Will she let herself be the beauty that breaks the curse, or will she let her prejudice against him stop her from discovering true love?

What listeners say about Atone: A Fairytale

This Sequel is Better than #1

A sweet & funny YA Contemporary Fantasy Retelling that's biggest drawback is that it's too short.

SERIES INFO:
This is Book #2 of "The Fairytale Trilogy." While the series has not been officially abandoned, the 3rd book (Aspire) appears to have been indefinitely delayed.

**This review contains spoilers for the previous book.**

SUMMARY:
This is one of my favorite fairy tale retellings. I love how the relationship grows between them. I wasn't a fan of the narration but it hasn't kept me from relistening. And I really don't like the cover.

Note: Audible has this in the 11-13 year old bracket, but Becca is 20 and Nicholas is several years older. I've categorized it as NA (although there isn't any sex, so it's appropriate for younger readers as well).

CHARACTERS:
Becca Ward: I love how she is snarky but not mean. She is very relatable since she comes from a broken home with lots of "steps," but they all muddle along trying to take care of each other despite their issues. She does make a couple of seriously rash decisions, I wouldn't have expected her to let her emotions get the better of her like that.

Nicholas Hunt: I didn't actually hate him in the last one. He was selfish & obnoxious, but not really much of an obstacle. The inappropriateness of his previous actions become clearer in this one though. He definitely deserved what happened to him.

Becca & Nicholas: This is a couple that actually has a lot in common, if they can overcome their past animosity (and his being a beast). I was never very sure why Alex & Luke were supposedly so perfect for each other in the first book, besides having been childhood friends (and hot); but that isn't the case here. And I really like the way they talk and interact.

Note: I also like the way neither blames their families or upbringing for anything they do, but instead take responsibility.

Alex - I like her better without all the baggage she was carrying in the previous book. / Lilia - she is much less annoying in this book, but still appears to be dealing with losing her entire world & waking up 1100 years later a bit better than seems likely.

WORLDBUILDING:
We are introduced to additional Fae in this book with different powers & affinities. The L.A. setting continues to be important to what is going on (traffic & parking, heat, rich people's homes, Koreatown, and amusement parks are some of the things that are included).

PLOT:
The beginning did a good job of setting up who the characters were and what had happened to them in the previous book as well as what their current relationships with each other

As I said above, the book is too short. There were some wonderful scenes that explored the changing nature of Becca & Nicholas' very non-Instalove relationship. I wanted quite a bit more.

The ending is beautiful. There is a scene (where everything Nicholas is doing to try and fix a problem is just making it worse) that actually made me cry. And I enjoyed the short bit at the end with everyone together afterwards.

HIGHLIGHTS / CAUTIONS:
--The scene where they first look into the mirror at the same time (very sensual).
--Playing together outside
--Nicholas' reaction when Becca said she thought they had become friends

I COULD HAVE DONE WITHOUT: mild swearing

OTHER CAUTIONS: Nicholas acts threatening to Becca on a couple of occasions, and physically restrains her at one point.

NARRATION:
Character voices differentiated = barely / Opposite sex voices acceptable = yes, but not good (and Nicholas doesn't sound at all beastly) / Accents = mosty ignored (“slightly accented” voice isn’t noticeably accented at all) / Phrasing, Pacing & Pronunciation = I had some issues with her phrasing / Speed = listened on 1.25, my usual