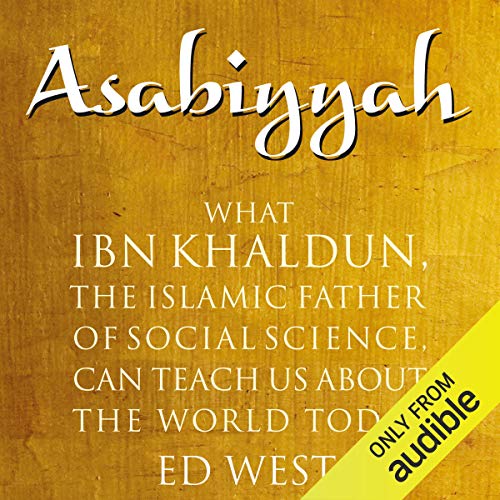 A quarter of a century after the end of Communism swept away the ideological conflict of the "short 20th century", a new world is once again taking shape, this time in the Middle East. But what does the crisis in the region, and its refugee exodus into Europe, signify for the future of the world? And why has the noble dream of nation-building failed?

Focusing mainly on religion, ideology or economics, most analysis ignored one crucial factor: asabiyyah, or group feeling, something outlined six and a half centuries ago by a largely ignored Arab historian called Ibn Khaldun. Ibn Khaldun is largely overlooked in the west, yet, on top of his claim to being one of the greatest historians of all time, can rightfully be viewed as the father of social science and sociology. His book, The Muqaddimah, dealt with a range of subjects from science to economics to the rise and fall of empires, which he attributed to "the asabiyyah cycle" - the evolution of societies from barbarism to civilization to decadence, which he attributed to the strength of "group feeling". Even today asabiyyah is an essential component of human society and development, and is the key to understanding why some states fail and others succeed, why democracy works sometimes but often not, and why the nation-state will remain the foundation of human society. Whatever happens from now on, the outcome of the 21st century will be dependent on asabiyyah, which remains the fundamental reality of human existence.

What listeners say about Asabiyyah

A bit of a bluff

Using Ibn Khaldun to big up the threat from immigration is curious. The Ottomans discussed his theories a great deal, but focused on political legitimacy. A much better and more interesting book on Ibn Khaldun, and the world today is Yves Lacoste's 1985 book " Ibn Khaldun: The Birth of History and the Past of the Third World." Ibn Khaldun was "studying medieval structures which slowed down or blocked social, political, and economic development." Ibn Khaldun was also talking about the asabiyya within ruling dynasties, not modern democratic nations. He was also wrong about the origin of cities, and based his thinking largely on North Africa as he knew it. He did not know of the Roman and Carthaginian histories there. This book goes in for an odd bit of cherry picking - using an out of context idea drawn from the great Arab historian/sociologist to dress up a dubious thesis.

Ed West offers a brief introduction to the life of an ancient historian. His name is Ibn Khaldun. Khaldun describes the first known evolutionary theory of human origin. West also notes this 14th century scholar creates the first known socio/political theory of the rise and fall of civilizations.

Khaldun explains life’s origin as a congregation of chemicals and minerals that create organic life and, in turn, evolve into different species. West notes that Khaldun suggests humankind evolved from monkeys. This is four centuries before Darwin’s “Origin of Species”.

Khaldun offers councel to the great conqueror, Amir Timur (aka Tammerlane), who plans to resurrect the 13th century Mongol empire built by Genghis Khan. (Timur is said to have caused the death of over 17 million people in the effort.)

West suggests that Khaldun explains how Timur and other rulers, from the Roman empire to Genghis Kahn to Timur successfully conquered great areas of the known world. His explanation is “Asabiyyah” (aas-sah-bee-ah), a theory that all successful conquerors establish a social environment that creates solidarity among a group of people through shared understanding, purpose, and achievement.

Of course, leadership is key to any future. Right now, there seem few leaders that can make civilizations grow beyond their borders. Khaldun seems as relevant today as he was in the 4th and early 5th centuries.

eye-opening. we have much to learn from Assabiyah

incredible ideas. all government decision makers need to incorporate the philosophy of assabiyah in their policies.

This book reinforces the point that we can have strong close-knit communities built on common ideals. We must be mindful as the community grows larger not to undermine these ideals. But all if this changes with cyclic pattern of governance. Installing a democracy is hard work when there is an established role of governance. The choice of narrator could be made more wisely. A book about an Arabic man should be read by an Arabic actor.