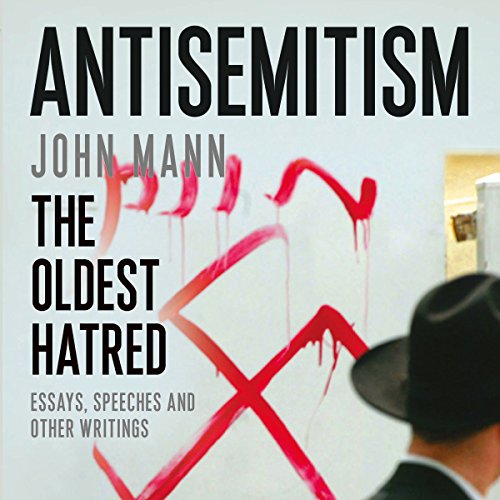 "The Jewish people in its very being constitutes a living protest against a world of hatred, violence and war." (Emeritus Chief Rabbi Lord Sacks)

The history of Jewish persecution is as old as the written word, though the epithet anti-Semitism was conceived only in the late 19th century, as it reached the beginning of its most horrifying chapter. Throughout Christian history the hatred and prejudice toward the Jewish people have often been blamed on the betrayal and crucifixion of Christ, but ethnic Jewish oppression began long before. It is beyond dispute that antisemitism in our societies is on the increase. Following the Israeli bombing of Gaza, antisemitic feeling has grown significantly - though a prominent group of French Orthodox Jews in Paris recently demonstrated with placards saying "Israeli action in Gaza is not the action of the Jewish people". Still, Jewish graves are desecrated and synagogues daubed with swastikas.

John Mann has assembled a reader on the theme of antisemitism ranging from the writings of Charlie Chaplin, Albert Einstein, and Jean-Paul Sartre to George Washington, Jesse Jackson, and Emile Zola. The book is published under the auspices of the All-Party Parliamentary Group Against Anti-Semitism and will come to be seen as a contribution of major importance on a subject of incipient lethal danger.

What listeners say about Antisemitism