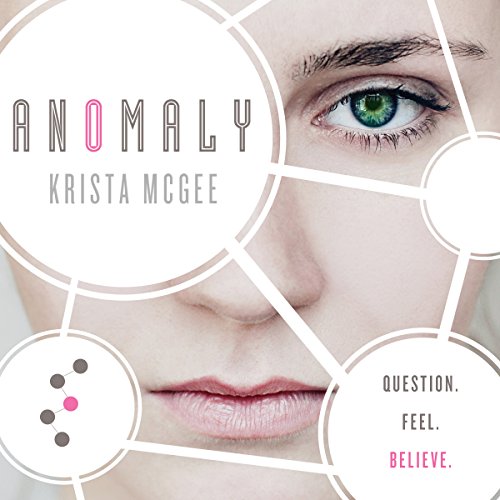 Thalli has 15 minutes and 23 seconds to live. The toxic gas that will complete her annihilation is invading her bloodstream. But she is not afraid. Decades before Thalli's birth, the world was decimated by a nuclear war. But life continued deep underground, thanks to a handful of scientists known as The Ten. There they created genetically engineered human beings who are free of emotions in the hope that war won't threaten the world again. Thalli is an anomaly, born with the ability to feel emotions and a sense of curiosity she can barely contain. She has survived so far by hiding her differences. But then her secret is discovered when she's overwhelmed by the emotion of an ancient piece of music. The Ten quickly schedule her annihilation, but her childhood friend, Berk - a scientist being groomed by The Ten - convinces them to postpone her death and study her instead. While in the Scientists' Pod, Thalli and Berk form a dangerous alliance, one strictly forbidden by the constant surveillance. As her life ticks a way, she hears rumors of someone called the Designer - someone even more powerful than The Ten. What's more, the parts of her that have always been an anomaly could in fact be part of a much larger plan. And the parts of her that she has always guarded could be the answer she's been looking for all along. Thalli must sort out what to believe and who to trust, before her time runs out.

What listeners say about Anomaly

honestly this book was suggested by a younger friend. I was apprehensive the first few pages. But was quickly pulled in.

A splendid plotline with a futuristic look on Faith!

I have Faith in the Designer.

I really enjoyed this boon from both a Christian and reader's perspective. An interesting plot and dystopian world where emotions are an anomaly.

This book is the best book I have listened to ever

Love, Love, Loved it! I can't wait until the other 2 audiobooks in the series come to audible! I would really like to read/ listen to them as well.

has a lot of religion in it

to be honest I didn't finish the book. I am a religious person, but like to choose what I read about religion very carefully. I was complete suprised by the how much of this book was based on science against religion. if that's ur thing, then go ahead aND give it a try. personally I like a little forewarning to make sure it is teaching what I believe. not my cup of tea