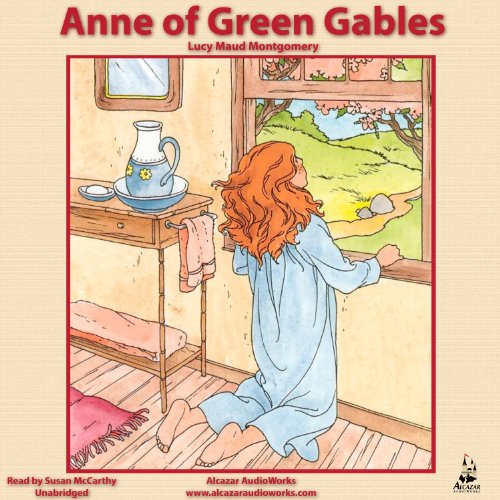 Anne is adopted by the Cuthberts even after a great mistake at the orphanage. But the frail red-headed young girl stays, even though not wanted at first. She is raised strictly but lovingly by the Cuthberts whose world is set upside down by her wonderful, creative and sometime crazy and eccentric ways. In the end, she gives them endless joy as she grows into womanhood.

Chapter XIII - The Delights of Anticipation

Chapter XV - A Tempest in the School Teapot

Chapter XVI - Diana Is Invited to Tea with Tragic Results

Chapter XVIII - Anne to the Rescue

Chapter XIX - A Concert a Catastrophe and a Confession

Chapter XXII - Anne is Invited Out to Tea

Chapter XXIII - Anne Comes to Grief in an Affair of Honor

Chapter XXIV - Miss Stacy and Her Pupils Get Up a Concert

Chapter XXXI - Where the Brook and River Meet

Chapter XXXV - The Winter at Queen's

Chapter XXXVI - The Glory and the Dream

Chapter XXXVII - The Reaper Whose Name Is Death

Chapter XXXVIII - The Bend in the Road

The book to read yes but the audio version not in this format. We have read this book as a family and really enjoyed it. Anne became an amazing role model to our daughter (7 years old). The audio version didn't appeal at all due to the really dated narration and she had lost interest within the first 10 minutes.

What other book might you compare Anne of Green Gables to, and why?

Who might you have cast as narrator instead of Susan McCarthy?

I am sure Susan Mc Carthy could have done this a lot better herself with better guidance/ intructions.

Could you see Anne of Green Gables being made into a movie or a TV series? Who would the stars be?

I am sure it would work with a little updating.

One of my go-to audibles. Love the narrator and the story itself. My mum had this on cassette when I was a child, so really pleased to find it in the Audible store.

How this book is

I liked it so so much!!!!!!!!!!!!
My favourite no complaints
no annoying voice it was lovely

I love the "Anne" books and was looking forward to again hearing the wonderful story of the little red-haired orphan who steals our hearts. Sadly, the narrator lessened my enjoyment enormously. I'm sure Ms McCarthy gave it her best but unfortunately, this is not a very inspiring reading of Anne's story. Ms McCarthy has some curious pronounciations of certain words, including a strange way of saying Avonlea, which becomes very annoying. She also makes Anne sound as though she is part bullfrog, using any extraordinarily raspy tone for the character. It is such a shame that the reading is not of a quality fitting this classic tale. I cannot recommend this particular version due to the inadequacies of the narrator.

If you could sum up Anne of Green Gables in three words, what would they be?

You just want to have Anne for your own.

What does Susan McCarthy bring to the story that you wouldn’t experience if you just read the book?

I love the way she does the characters in the book, even the men.

You'll want this little girl for your very own!