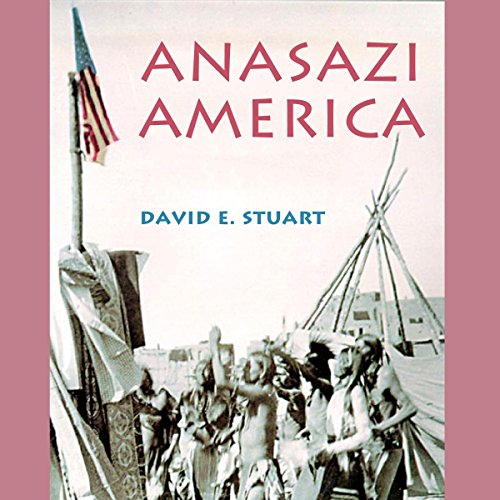 At the height of their power in the late eleventh century, the Chaco Anasazi dominated a territory in the American Southwest larger than any European principality of the time. Developed over the course of centuries and thriving for more than 200 years, the Chacoans' society collapsed dramatically in the twelfth century, in a mere 40 years.

David E. Stuart incorporates extensive new research findings through groundbreaking archaeology to explore the rise and fall of the Chaco Anasazi and how they parallel patterns throughout modern societies in this new edition. Adding new research findings on caloric flows in prehistoric times and investigating the evolutionary dynamics induced by these forces as well as exploring the consequences of an increasingly detached central Chacoan decision-making structure, Stuart argues that Chaco's failure was a failure to adapt to the consequences of rapid growth, including problems with the misuse of farmland, malnutrition, loss of community, and inability to deal with climatic catastrophe.

Have modern societies learned from the experiences and fate of the Chaco Anasazi, or are we risking a similar cultural collapse?

What listeners say about Anasazi America

I'm new to Southwest cultures in the US and I think this book was a great source of information to me.

the audio book had some skips in it, so I don't know what I missed. also, audio chapter breaks between the actual book and the audio version don't match.

narration was clear and easy to understand. the Anasazi are a fascinating culture.

Is this liberal garbage or a story of the Anasazi?

I want Chaco history not this guy’s liberal agenda. Hope I can get a refund on this.

Wow! What an important book!

I could never concider myself educated without this knowledge. An incredible explanation of how we got to where we are today. I am so impressed.

We CAN learn from history!

I was absolutely fascinated with the ancient history, the survival analysis and the comparisons with 21st century America.
A Four Corners map was helpful since I am not familiar with the geography nor the small towns.
My only suggestion is that the editor please remove the duplicate phrases where the 2nd edition was woven in.

overall I was disappointed, not what I was looking for,,Liberal political ending in my opinion