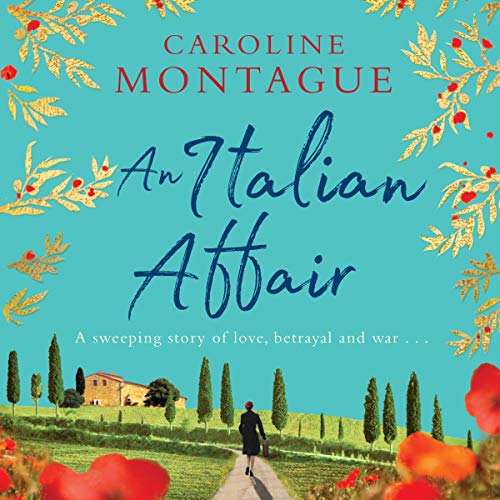 By: Caroline Montague
Narrated by: Karen Cass
Try for £0.00

A sweeping tale of love, betrayal and war, set against the glorious Tuscan countryside. Perfect for fans of Santa Montefiore and Dinah Jeffries

Italy, 1935. Alessandra Durante is grieving the loss of her husband when she discovers she has inherited her ancestral family home, Villa Durante, deep in the Tuscan Hills. The terms of the will are that she must live in the Villa Durante for at least 12 months, so, longing for a new start, she moves to Italy and sets about rebuilding her life.

But the shadow of war hangs heavy over the Tuscan hills, and life will never be the same again.

As Mussolini's power greatens and Hitler starts to agitate farther north, life changes for everyone in the tiny village of Cortona, and Alessandra makes her home a place of shelter for a local Jewish boy, Davide.

Her daughter, Diana, will lose her heart to Davide, even though they can never be together. And Robert, Alessandra's son, will fight for his country first as a pilot in the Battle of Britain and then as an SOE in Italy.

They will all love and lose, but will they survive the war...?

What listeners say about An Italian Affair

Not a great title.

This is a amazing storyline. I really enjoyed it and the fact it is about recent history. Well worth a listen.👏

I wasn’t sure about this book too start with but I’m very glad that ordered it.
Story about 2nd WW with a family in Italy and the different parts they played.
Loved it!!!!
Recommended