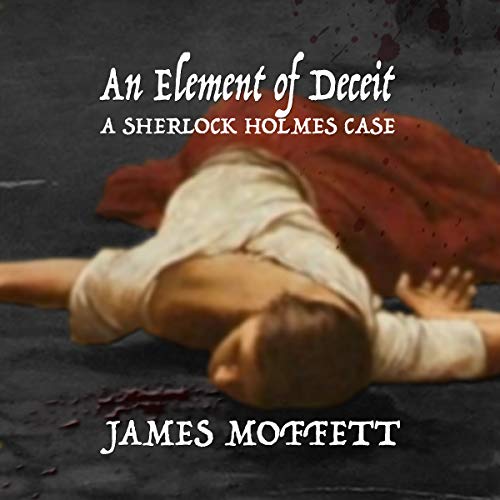 An Element of Deceit

By: James Moffett
Narrated by: Alexander Clifford
Try for £0.00

During a late-night storm, the abrupt arrival of a distraught client on the doorstep of 221B Baker Street forces Sherlock Holmes and Dr. John Watson to investigate a case that will lead them through the most sinister streets and alleys of London, confronting dangerous and vicious criminals along the way.

The consulting detective and his companion are put to the test when a young woman is found brutally murdered in her lodgings. Scotland Yard is at a loss, and time is running out for the two protagonists, with scant evidence and a growing list of suspects.

Through his investigations, Sherlock Holmes senses something more complex is afoot, but he is unable to uncover the full truth until the culprits are revealed and the case is brought to a successful resolution. Until then, he is forced to play a treacherous game that will test both his mental and emotional qualities.

What listeners say about An Element of Deceit

I truly enjoyed this book! However, as with most Sherlock Holmes books, you can't just play it in the background as you do other things. It is like a Port or Brandy, you must be totally immersed in the enjoyment of it's full flavor.

I had a bit of difficulty understanding the accent until I just sat and enjoyed the listening of a fine story.

Good Job all around!