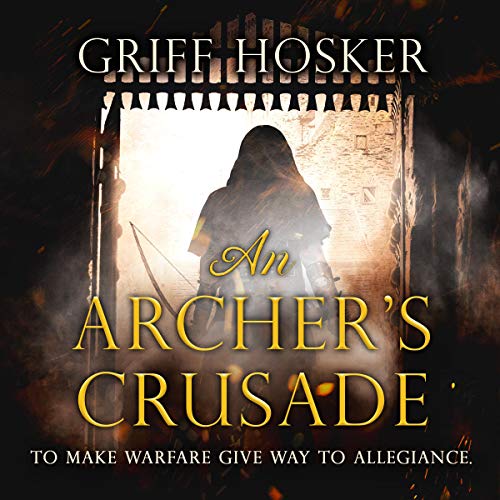 The battle of Evesham is over, and Gerald War Bow is now the owner of a manor.

But a leader of archers cannot rest for long. Lord Edward is on a mission to hunt down the remaining Simon de Montfort supporters and snuff out the last of the rebellions.

When the rebel leaders prove harder to eliminate than the rest of the mob, Lord Edward is helped in his quest by Pope Adrian V. In thanks, he agrees to join the Crusades with King Louis IX of France.

The so-called holy war is a complex and punishing pursuit, and Lord Edward needs help in defeating the Mamluks. He calls upon his trusted comrade Gerald to lead a crusade of his own, to enlist the aid of Abaqa Khan, a Mongol leader and much needed ally.

With miles of Muslim-controlled land to cross, can Gerald make the journey unscathed, and will his efforts help to turn the war?

Packed with exhilarating action and historical detail, An Archer’s Crusade will delight fans of Giles Kristian and Matthew Harffy.

What listeners say about An Archer's Crusade

Even though english is not my first language I can say that this narrator is terrible. Even if you overlook his sometimes strange prenounciation ( heard- hered) it feels as he is just going through the ropes without feeling and flow. Bring in Marston York please!