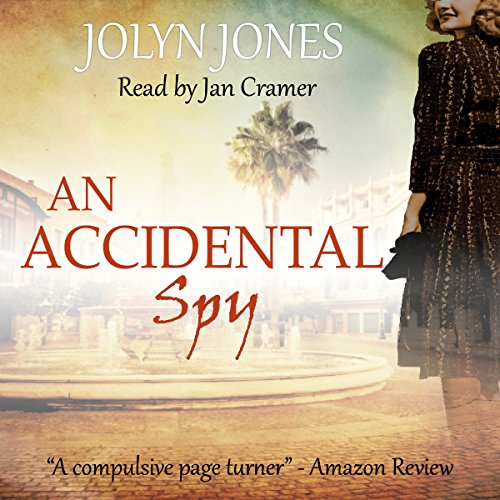 The story opens in 1934 on the Spanish island of Ibiza. Following an incident at a fiesta, Verity, a young English lawyer, is listed as a British spy by General Franco, the military governor of the island. She escapes just in time to avoid arrest.

Back in England, she returns to work in her father's law firm but friendships made in Spain begin to shape the course of her life. As the tumultuous events in Barcelona build up to the outbreak of the Spanish Civil War, she is increasingly caught up in these events. As the Civil War gathers pace and the chaos builds, it becomes apparent that only she may be able to carry out a daring rescue mission. She finds that she has to make a choice between staying at home in a safe job or casting aside all conventions and being drawn into the shadowy world of espionage. Can she both succeed and survive as a woman in a man's world?

The intricate threads of the story draw together a group of diverse characters in London and Spain whose lives come together in an explosive conclusion as Verity becomes the target for sabotage and final betrayal in a battle whose outcome is far from predictable.

What listeners say about An Accidental Spy

What did you like most about An Accidental Spy?

A relatively historic setting for an entirely modern story. A repressive State, civil war, intrigue, domestic violence, romance, and a hint of sex in suburbia. In current terms, Syria/Iraq, politics, the Archers and any tabloid. Jolyn Jones has constructed a fascinating tale that makes compelling listening.

An ordinary suburban solicitor following in her father’s footsteps in the unexciting world of wills, house purchases and petty crime is catapulted into the world of James Bond, and for aficionados of Dennis Wheatley’s fictional tales based on historical fact of his derring-do hero, Roger Brook.

Jolyn ‘s geographical and historical background in which she sets our heroine’s entirely plausible adventures is impeccably researched.