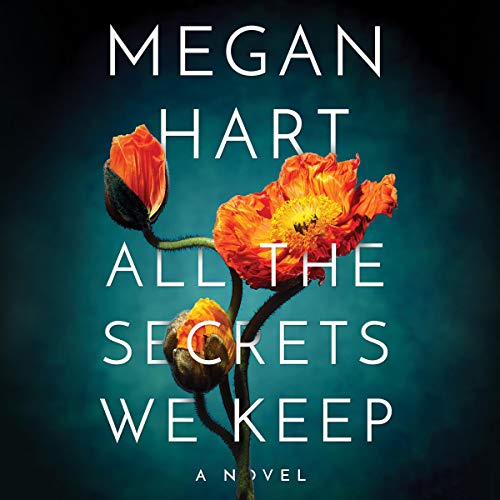 All the Secrets We Keep

All the Secrets We Keep

In the riveting conclusion to Megan Hart's passionate new family drama, the secrets they keep are no match for the truths their hearts will never let go.

Still stuck in his small Central Pennsylvania hometown, Ilya Stern is used to feeling like a disappointment. After his high school girlfriend, Jennilynn, drowned, he married her sister, Alicia, only to divorce a decade later. The business they started together is threatened by a luxury development - and Alicia has already sold her stake. Now that Babulya, Ilya's gentle Russian grandmother, has died, there's no one left who believes in him. Or so he thinks.

Theresa Malone was Ilya's stepsister for only a year, until his mother threw her pill-popping father out of the house in the middle of the night, forcing teenage Theresa to follow. Now she's returned for Babulya's funeral - and to facilitate the quarry-development deal. As she tries to convince Ilya to sell, she realizes her feelings for him have ignited - from sisterly into something more.

Working together closely, Ilya and Theresa struggle to define their intense attraction. When the details of Jennilynn's death surface, will Ilya and Theresa's deep connection keep their hope for the future afloat - or submerge them once and forever in their tragic past?

What listeners say about All the Secrets We Keep

could not put it down. will be reading the next book by this author .

I’ve been a hart fan since her first book. I feel like she’s lost her voice. Her characters are predictable and I don’t care about them.

great story and a great narrator

easy listen with a great story. I think I enjoyed book 2 more than the first.

A great ending to this family saga!

I really enjoyed this series! The story was compelling, but relatable. The narrator did an amazing job bringing this book to life!

It was a nice wrap-up to a good series. Would read others by this author.