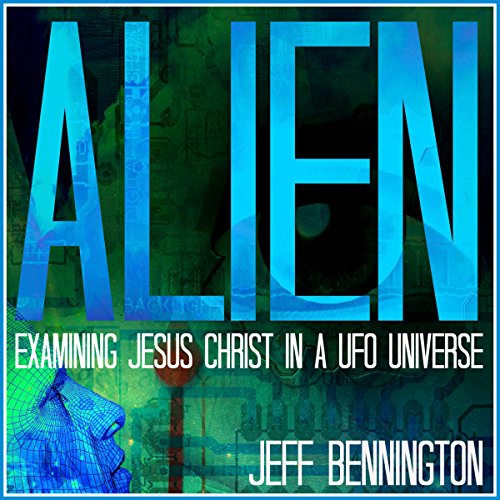 After following the History Channel's Ancient Alien program, I began researching the Bible and other ancient texts used by ancient astronaut theorists. Initially, I set out to prove that Jesus fit into their premise - that humans are descendants of an alien race - but that's not what I found. What I discovered blew my mind. I realized that there is far more information in the Bible about UFOs than I imagined... bright spheres zig zagging through the sky... fiery balls of light ascending and descending upon the Earth, and metallic craft watching over the planet... they're all in the Bible.

After studying the biblical and ancient texts ufologists use on the History Channel, I've concluded that Jesus Christ is the Admiral of the biggest UFO fleet man will ever see.

"You've done a great job writing this book for people who have faith and those without. Even for those of us who believe, to have it spelled out in context is great because it's hard to remember otherwise. And even for those who aren't 'Christians', it's not overly preachy in any way." (Beta Reader)

What listeners say about Alien

Not what it's described as...

According to 'Alien', every ufo or alien encountered is actually an angel. This book is promoted as an objective comparison of religious encounters versus ancient alien theory, but is no more than a weak attempt to discredit AAT and ram Christianity down your throat (or in this case, ears).

An enjoyable read overall and it's quite accurate.

Even though I wouldn't agree on very few mentioned in this book, for someone who has taken the sitting on the fence approach much of the the content is accurate. I know the subject well and I have to admit I enjoyed very much what was presented.

Very well written in how it explained the subject.

This is the best explanation to date. It doesn't hurl accusations at those who have experienced abductions and does an excellent job of tying everything together.

The writer does a great job pointing out many events in the Bible, as well as other ancient Texts, that supports the ancient astronaut theory.... At the same time supporting Jesus as the son of God according to Christian beliefs. There was no bias one way or the other and no tricks to push a religion in any way. I wish my Mormon friends would all read this.

A very interesting perspective and fun read! I enjoyed it very much! Reinvigorated my faith and trust in our Lord Jesus Christ and helped give great hypotheses in a growing UFO culture. The references and research was thorough and very fun to read.

This book really makes you think! Yes, I do believe we have been visited in the past. I also believe there is something going on in this age and time although I'm not completely sure what to make of all of it! I wish that the ancient alien theorists would be open minded enough to read this, after all they were mentioned a lot in this book! I do hope that anyone who reads or listens to this book has an open mind and is willing to at least think about what Mr. Bennington has to say!

The content of the book was great but could've used a better narrator. I found myself drifting away from the story

If you are into the alien/demon/angel scene, then this is for you. Very detailed explanation of differences between the three.