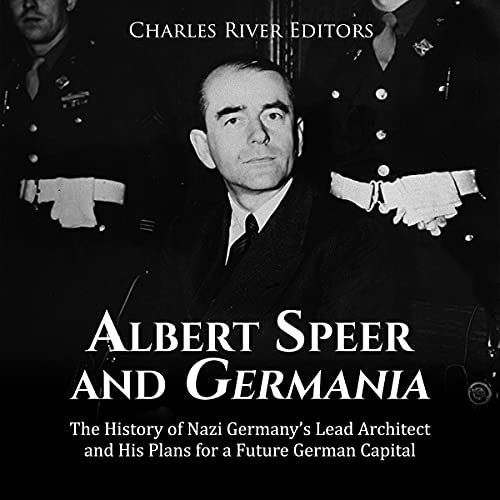 In 1933, Adolf Hitler and the Nazi Party took absolute control of Germany, and his new regime was known as the Third Reich (Third Empire). The first Germanic empire had been the Holy Roman Empire (800-1806), and the second was the German Empire (1871-1918). Hitler was determined the new Reich be more impressive and longer-lasting than any that had gone before, and the Nazis soon began referring to the Tausendjähriges Reich (“Thousand-Year Reich”).

Naturally, the party’s leaders believed the new empire would require a suitably impressive new capital. Hitler dreamed of building Welthauptstadt Germania (“World Capital Germania”), a super-sized city that would dwarf everything that had come before it. The new metropolis would be built in the same location as Berlin, but it was expressly designed to be the most impressive city in the world. Its heart would be the seven-kilometer long Prachtstrasse, or Boulevard of Splendors, and the buildings there and elsewhere would not just be large but gargantuan. At one end of the boulevard would be a triumphal arch so large that six of Paris’ Arc de Triomphe could fit beneath it. At the opposite end would be the domed Grand Hall, containing the largest enclosed space in the world, capable of holding a staggering 180,000 people. So vast was the dome that there were concerns it might generate its own internal weather system, where clouds would form from the breath of the vast crowds below. Some predicted that rain might even fall.

While Hitler may not have been an architect, there were people around who could implement his vision and put the plans to fruition. The most famous was Albert Speer, a real architect who became Hitler’s friend and confidante and rose to power within the Nazi hierarchy. Speer played several roles during the war, only one of which was the project that would enlarge Berlin.

There had never been plans for anything quite like Germania, but Hitler was determined the new city be complete by 1950 at the latest. Work began in 1937, but as anyone familiar with World War II knows, the Thousand-Year Reich lasted for just 12 years, and Germania did not progress beyond a megalomaniacal dream. Today, virtually no trace remains of the planned Nazi super-city, but the story of its design and the misery inflicted on slave laborers during the early stages of preparation for construction offer examples of how power without restraint can lead to the most extreme visions of the future.

Albert Speer and Germania: The History of Nazi Germany’s Lead Architect and His Plans for a Future German Capital examines the origins of the project, what it envisioned, and how it went during the war.

What listeners say about Albert Speer and Germania