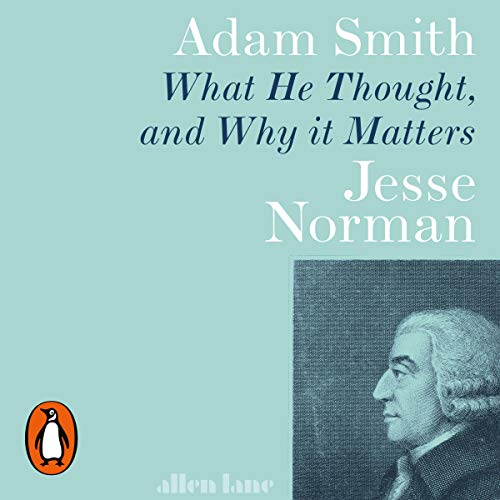 Adam Smith is now widely regarded as 'the father of modern economics' and the most influential economist who ever lived. But what he really thought, and what the implications of his ideas are, remain fiercely contested. Was he an eloquent advocate of capitalism and the freedom of the individual? Or a prime mover of 'market fundamentalism' and an apologist for inequality and human selfishness?

This exceptional book, by a writer who combines to an unusual degree intellectual training and practical political experience, dispels the myths and caricatures and gives us Smith in the round. It lays out a succinct and highly engaging account of Smith's life and times, explores his work as a whole and traces his influence over the past two centuries. Finally, it shows how a proper understanding of Smith can help us grasp - and address - the problems of modern capitalism. The Smith who emerges from this book is not only the first thinker to place markets at the heart of economics but also a pioneering theorist of moral philosophy, culture and society.

What listeners say about Adam Smith

Having struggled badly reading The Wealth Of Nations. I approached this book with caution. I was very wrong to do so. This is an excellent book which breaks down Smiths views and compares them to modern examples. More importantly, the reader is reminded that Smiths influence and ideas are still very relevant. The book also changes my overall view of Smith. As once thought of as an economist, but in reality he was a philosopher. The performance was very engaging which kept me interested in a subject which can be at times, very dull. I highly recommend this book as it provides and insight into the economies and markets of nations past and present, but also of a very fascinating and strong willed individual whom was never afraid of stating his strong opposition to barbaric practices of his time.

Sometimes heavy going and it did seem to drift but overall worth persevering as part are excellent and what seemed to be divergence merely fill in some foundation on Adam Smiths life and contribution.

This is a work of first class scholarship. It presents a political and economic manifesto essential for a prosperous future for us all based upon the learnings and lessons drawn critically from the complete writings of Adam Smith. It is a great pity that the current leadership of Mr Norman’s Tory Party will see this work, if they see it at all, as a threat rather than a promise!