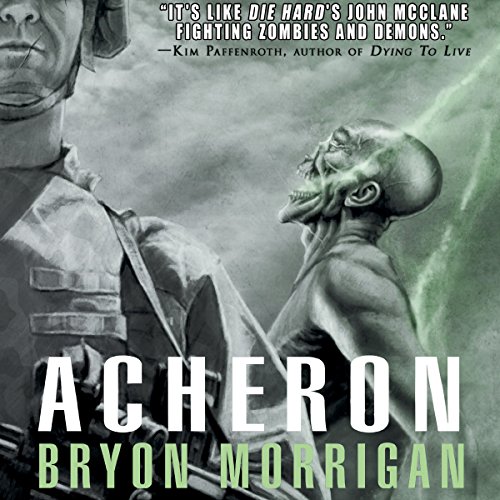 By: Bryon Morrigan
Narrated by: Joe Barrett
Try for £0.00

Captain Nate Leathers had thought that being a soldier in Iraq was hard enough. And when his convoy is attacked and he is taken prisoner by Iraqi insurgents, he thinks things won't get any worse than that either.

But that's when the entire world turns upside down. The city of Basra is under siege from creatures far worse than your average terrorist. And now Leathers will have to find a way to survive against monsters even more horrible than he can imagine, some of which are even human.

BONUS SHORT STORY: Acheron includes Predator and Prey, one of four interlocking stories from The Junkie Quatrain by Peter Clines.

What listeners say about Acheron