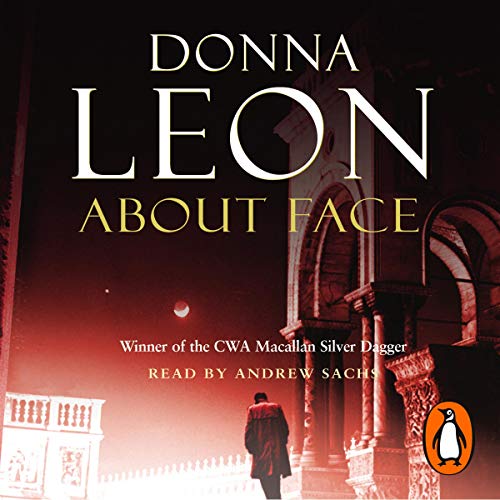 At a dinner party given by his parents-in-law, Comissario Brunetti meets Franca Marinello, the wife of a prosperous Venetian businessman. He's charmed - perhaps too charmed, suggests his wife Paola - by her love of Virgil and Cicero, but shocked by her appearance.

A few days later, Brunetti is visited by Carabinieri Maggior Filippo Guarino from the nearby city of Marghera. As part of a wider investigation into Mafia takeovers of businesses in the region, Guarino wants information about the owner of a trucking company who has been found murdered in his office. He believes the man's death is connected to the illegal transportation of refuse - and more sinister material - in his company's trucks. No stranger to mutual suspicion and competition between rival Italian police departments, Brunetti is nevertheless puzzled by the younger man's paranoid behaviour.

Eventually Guarino agrees to email a photo of his suspect, but by the time the photograph arrives, he himself is dead. Was he killed because he got too close? And why is it that Franca Marinello has often been seen in company of the suspect, a vulgar man with Mafia connections and a violent past?

Donna Leon's new novel is as subtle, gripping and topical as ever, bringing the sights, sounds and smells of Venice flooding to life.

"The very first sentences of About Face showcase Donna Leon�s elegant, effortless style...another great Brunetti outing. She combines the minutiae of daily life in Venice with pitch-perfect descriptions of police procedure, the now familiar rhythms of Brunetti�s home life with a ferocious knowledge of literature, delivered with a sure, yet light, touch."( Sunday Tribune)

Another engaging episode in the adventures of Inspector Brunetti and his family. As ever, nothing is as it seems and as the layers are peeled away, the truth proves to be entirely unexpected. The subject matter is entirely contemporary and yet very delicately dealt with. Donna Leon's books (and this one is no exception)are much much more than classic whodunnits. They are rather a trip to Venice and an encounter with a slice of Venitian life, the workings of Italian society and justice system and the life of a family. Andrew Sachs is a fantastic reader. I just wish that unabridged versions of Donna Leon's books would be available on Audible, read by Andrew Sachs.