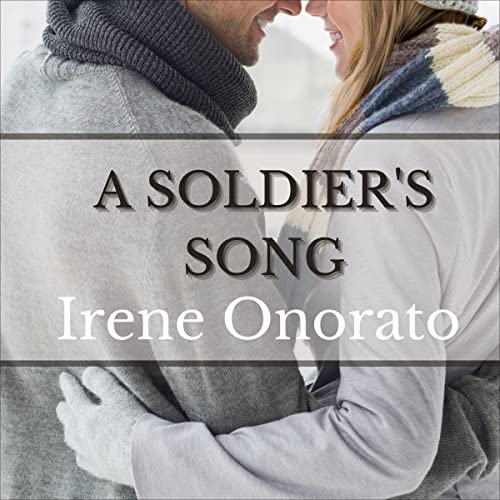 By: Irene Onorato
Narrated by: Tanner De Bruyne
Try for £0.00

Special Forces sergeant Jason Dexter goes home to New York to attend a friend’s wedding, and meets Aria Greco, the beautiful and talented daughter of his commanding officer. He falls hard for her, but never expects that she might be the key to restoring his faith and mending the broken relationship with his father.

Aria’s attraction to Jason quickly develops into deep love. But problems arise when a former music professor offers to help prepare her for an audition with a newly forming orchestra in New York City. Rehearsals cut deeply into the time she and Jason struggle to carve out to be together. Friction escalates, and Jason becomes increasingly unhappy about the time she spends with the professor who he suspects has more than an innocuous musical interest in her.

As tensions mount, will Jason and Aria be able to overcome the obstacles of a long-distance relationship, jealousies on both sides, and family conflict?

What listeners say about A Soldier's Song

A beautiful love story aboit trust, faith and forever. Arya and Dexter meet in a weeding. He is a soldier under her father' command and is a very popular guy. They connect fast but they will face challenges in their relationship that can break then or bring them together. Great audiobook with a great narrator

This is the third book in the Forever Soldier Series. Jason and Aria's story is beautifully written, sweet, and heartwarming. The story is filled with drama, and miscommunication. The supporting characters are great. Tanner De Bruyne did a great job with the narration.

I loved Dex and Aria's story! The progression of their relationship was so believable and I enjoyed every page of it. Secondary characters like Pop and Libby were so great. Plot twists and turns like his ex and her schemes, and especially the music professor, really worked for me. The ending felt really rushed to me and I'd like to have seen more of their future, but their relationship felt secure and I was happy enough with where they were.

The narrator for the audiobook was... eh. I didn't like his voices, especially for women but also for some men. He was okay and I could listen to it without going crazy. But in the end I borrowed the book on Kindle Unlimited to just finish up, partly out of slight annoyance at the narration, but mainly because I really wanted to finish the story! ;)

A REAL MUST LISTEN TO MILITARY ROMANCE DRAMA.
ACCEPTABLE FOR TEENS AND OLDER AGES.

THANK YOU FOR ALL MILITARY SERVICE PERSONNEL AND FOR THEIR SERVICE & SACRIFICE.