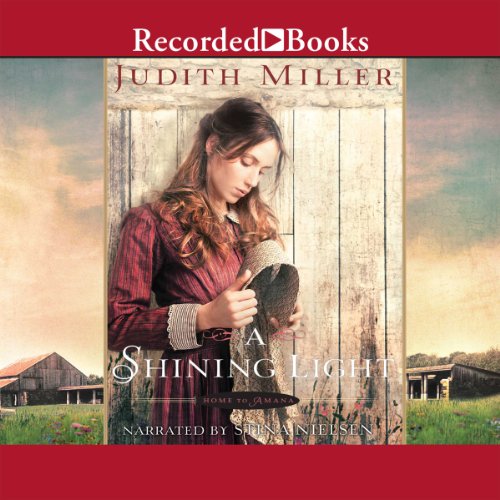 When Andrea Wilson receives the devastating news that her husband has been lost at sea, she decides to return home to Iowa with her young son. But what she finds there is equally terrible: the family farm has burned and her father has died, leaving Andrea with few options. Relying on the kindness of the members of the Amana Colonies, she accepts their offer to live among them until she can make plans for her future. Andrea discovers so much goodness and contentment among the Amana people that she doesn't want to leave, especially since the strong, kind tinsmith, a man named Dirk, has captured her heart. But is this cloistered life what she wants for her and her son's future? Is she prepared to give up the comforts and freedom of the outside world? And when yet another wave of shocking news comes her way, will Andrea ever find the serenity and hope that have eluded her for so long?

What listeners say about A Shining Light