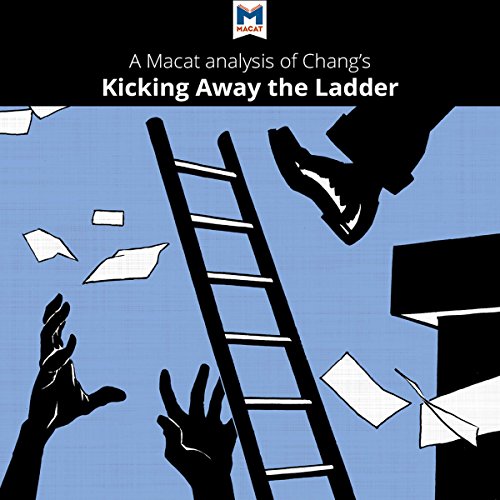 A Macat Analysis of Ha-Joon Chang's Kicking Away the Ladder: Development Strategy in Historical Perspective

A Macat Analysis of Ha-Joon Chang's Kicking Away the Ladder: Development Strategy in Historical Perspective

Since the 19th century, people have claimed that the prosperity enjoyed by the First World was the result of its devotion to unconstrained economic freedoms. In his 2003 book Kicking Away the Ladder, South Korean economist Ha-Joon Chang claims this was not the case and that, in fact, First World economic success was due to exactly the kinds of state intervention that traditional economic thinking consistently opposes today.

Chang's detailed analysis of how Britain, and particularly the United States, came to dominate the emerging global economy highlights their willingness to exploit the apparatus of the state to achieve such results. Chang also shows how the financial, legal, and institutional bodies claimed as essential to the West's economic muscle were actually the products of its economic dominance, and not the levers that helped it achieve economic success in the first place.

Kicking Away the Ladder was awarded the 2003 Gunnar Myrdal Prize by the European Association for Evolutionary Political Economy.