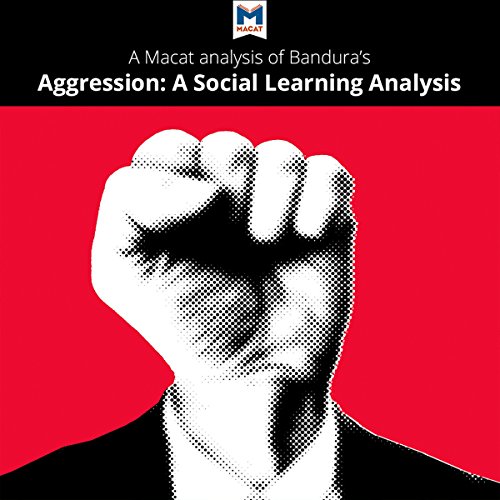 By: Jacqueline Allan
Narrated by: Macat.com
Try for £0.00

First published in 1973, Albert Bandura's Aggression: A Social Learning Analysis is a groundbreaking work that helped lay the foundations of the discipline of social psychology. Much of what we now know about the influences of the early childhood environment on delinquency and anti-social behavior can be traced back to Bandura's work.

In the book, he uses the subject of aggression to demonstrate and explore the usefulness of what is called social learning theory. Previous theories argued that behavior represented a simple, automatic response to environmental cues or that it was a result of subconscious drives. But Bandura suggests that humans are thinking, self-regulating beings who have a degree of influence over their environment. They learn from copying and watching the behavior of others. Aggression challenged ideas about human behavior and particularly questioned existing beliefs about where aggression comes from and how it develops. It also highlighted the role of the media in both generating and maintaining violence in society.

What listeners say about A Macat Analysis of Albert Bandura's Aggression: A Social Learning Analysis