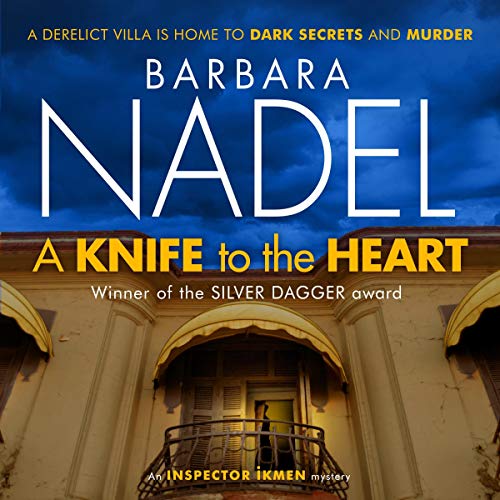 A Knife to the Heart

By: Barbara Nadel
Narrated by: Sean Barrett
Try for £0.00

Retired inspector Çetin Ikmen must confront his demons to reveal the shocking truth behind a young girl's death.

When historian Suzan Tan is asked to examine the contents of a derelict villa on the Bosphorus, she is intrigued to discover a Ouija board among the artefacts.

Forty years ago, a young girl was found with a knife in her heart in this villa. It is said that before her death this very Ouija board spelled out her name. The verdict was suicide - but what if it was a brutal act of murder and her killer was still walking free? Suzan asks Ikmen to solve the case, and despite his reluctance to get involved, he soon finds himself drawn into the mystery.

With the help of his friend Inspector Süleyman, Ikmen delves into Istanbul's dark underbelly to uncover a terrifying tale of secrets, lies and murder.

What listeners say about A Knife to the Heart

After the end of the last book when Çetin retired I thought that might be the end of the series. As with retired fictional cops they start looking at cold cases. The story has elements of old Istanbul, fortune telling and the seedier side of city life. Sean Barrett has read all the Çetin Ikmen stories I have heard so anyone else narrating them would be just plain wrong. I look forward to the next book where it seems Mehmed Süleyman might be finally growing up - no spoilers here from the end of this book. Anyone who enjoys these books should try Barbara Nadel’s other series Hakim and Arnold - private detectives in East London, one a covered Muslim lady and a former soldier in partnership solving crimes ++.