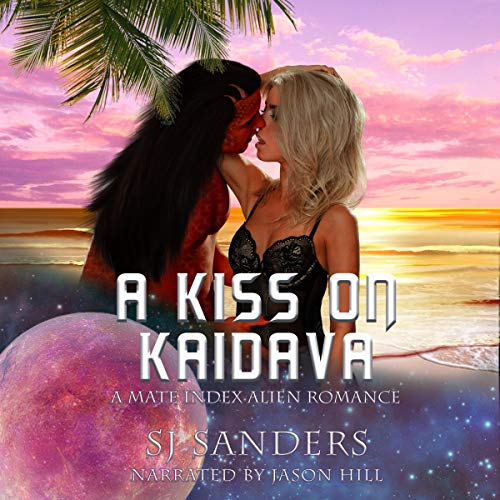 Cara has been looking forward to her happily ever after. With no living family, it is all she has wanted for years, and she thought she found it with the love of her life: Ben.

When Ben has to go away on a business trip to Kaidava, her fantasies of a perfect life and the image of the man she was to marry quickly begin to unravel when Ben comes confessing that he fell in love with a local Kadesh female.

To get the man she wants back, Cara will do anything, even break Earth laws by illegally leaving the planet and teaming up with an unscrupulous Kadesh male to get him back.

Lerix has had it with romance. Disgusted with the whole concept, he left his home world as a youth, on a presumed mating quest to find his mate. After revolutions of getting by as a bodyguard, supplemented with thievery, he is eager to return back home.

The only catch is that he has to find a temporary stand-in mate to get him back on Kaidava. When his plans fall through, he happily finds himself in the company of a female human, also eager to make her way planet-side, to chase after a male of all things. He makes her a bargain: pose as his mate, and he will help her get him back.

Traveling through Kaidava as they hunt for Ben, they also find themselves the hunted when the jewels Lerix stole from his previous client puts an elite guard and assassins on their trail. To make matters worse, as time passes in her company, Lerix becomes more certain that Cara is his mate.

What listeners say about A Kiss on Kaidava

Loved the characters and the narrator

Found the characters funny and I think Jason Hill was perfect for the job of the narrator. I have listened to it multiples times now.

This is another in a series where women are not allowed to leave earth so when Cara’s fiancé Ben goes off world before their wedding and doesn’t return she takes off after him. What she finds is enough to break her heart. She hires an assassin body guard to help her get Ben back. Lerix agrees to help with one condition, she has to pretend to be his mate. I really liked the cultural differences that were easily overcome by the couple.