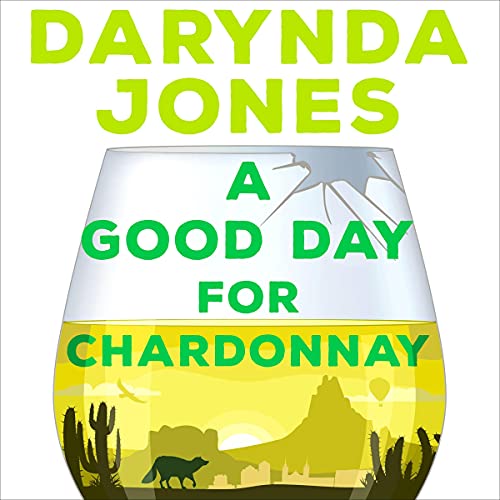 A Good Day for Chardonnay

By: Darynda Jones
Narrated by: Lorelei King
Try for £0.00

Running a small-town police force in the mountains of New Mexico should be a smooth, carefree kind of job. Sadly, full-time sheriff - and even fuller-time coffee guzzler - Sunshine Vicram didn't get that memo.

All Sunshine really wants is one easygoing day. You know, the kind that starts with coffee and a donut (or three) and ends with take-out pizza and a glass of chardonnay (or seven). Turns out, that's about as easy as switching to decaf. (What kind of people do that? And who hurt them?)

Before she can say iced mocha latte, Sunny's got a bar fight gone bad, a teenage daughter hunting a serial killer and, oh yes, the still unresolved mystery of her own abduction years prior. All evidence points to a local distiller, a dangerous bad boy named Levi Ravinder, but Sun knows he's not the villain of her story. Still, perhaps beneath it all, he possesses the keys to her disappearance. At the very least, beneath it all, he possesses a serious set of abs. She's seen it. Once. Accidentally.

Between policing a town her hunky chief deputy calls four cents short of a nickel, that pesky crush she has on Levi which seems to grow exponentially every day, and an irascible raccoon that just doesn't know when to quit, Sunny's life is about to rocket to a whole new level of crazy.

What listeners say about A Good Day for Chardonnay

Hilarious, emotional, mysteries - a must listen.

Darynda Jones has done it again, brilliant. with the second book in this series is even more engrossing than the first. The verbal and situational comedy and wit is laugh out load, the dialogue and interactions between characters is one of the most easy and natural I've heard in an audio book, there is not just humour but emotion, mysteries, action and great characters you are completely invested in what happens to.

This series is a real tonic for the soul and has everything. The sign of an excellent book is something that can make you burst out laughing and also cry real tears with quirks, twists, great story lines and plots it isn't just a one dimensional listen or read.

I have a lot of audio books and can honestly say this series is one of the few I can and will repeat listen to again and again and in my top favorites. I seriously hope with everything crossed that this series is just going to go on and on.

A Most Highly Recommended Listen.

Hoping desperately there will be another one! I adore Sunshine and the rest of the cast. I want to know what happens next!

Hope the wait is not too long

A great day for Darynda

Wow. If possible, the second book in what will hopefully be a series is even better than the first. I will read anything by Darynda Jones and look forward to the day where her back catalogue is available on Audible (please pretty please!!)

Too silly in a bad way

I loved the first series this author wrote, but I can't stand this one. I can't suspend my disbelief enough to care for such an inconsistent cast of characters. They all act like emotional teenagers (hot and cold, distant and then fast friends). They make bad decisions all around, despite the presence of supposedly seasoned professionals (or hardened yet naive teens in the mix). Fortunately, they are superhumanly strong, resilient and lucky, which night explain their not learning to assess risk despite their experience. It kicks me out of the story too often.

I love this series and this book! It has everything. I’ve been waiting for this book for a long time. The waiting for the next one is just killing me.