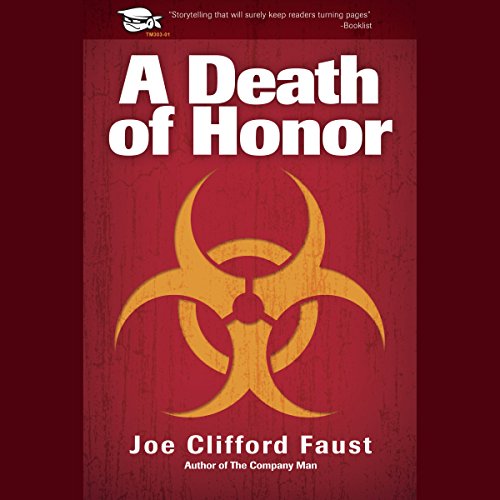 A Death of Honor

By: Joe Clifford Faust
Narrated by: Patrick Downer
Try for £0.00

The girl was sprawled out on the floor in the living room of his apartment.

So begins Joe Clifford Faust's classic science fiction mystery, which has thrilled both SF and non-SF readers since its release nearly 25 years ago. Originally published as a paperback original by Del Rey Books, Honor was also a main selection of the Science Fiction Book Club, where it was given a generic cover and enjoyed crossover sales through the Mystery Guild Book Club. It was also chosen as a Recommended Read in the Crime and Punishment category by the Science Fiction Museum.

The novel takes place in an alternate future where a crumbling United States is one of the few nations left to have fended off Soviet domination. It tells the story of seven days in the life of D.A. Payne, a bioengineer who finds the naked corpse of a woman in his apartment and is compelled to investigate her murder. As he digs deeper into the woman's identity and the cause of her death, he learns things about himself and his world that will conspire to change his life forever.

What listeners say about A Death of Honor