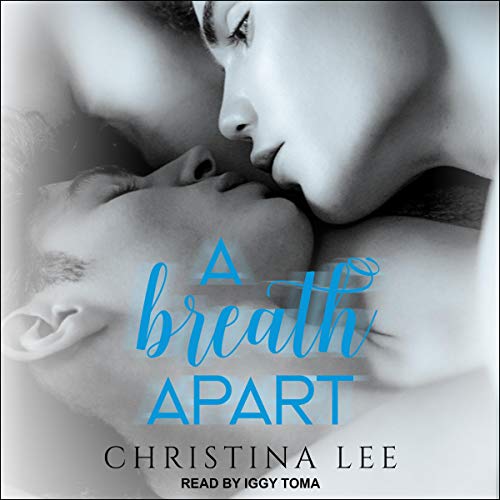 By: Christina Lee
Narrated by: Iggy Toma
Try for £0.00

The Fischers are the only family Brennan has ever known, and when they adopt him, he has no plans on doing anything to jeopardize that. Even if it means pretending Josh Daly doesn't make his heart pound every time their eyes meet.

The tension eases once Josh heads off to a Christian university on a baseball scholarship. Brennan stays put in Elm Grove to work at his family's drive-in movie theater and take classes at the local community college.

But when Josh comes home for summer break, the feeling not only returns, it transforms into a loud and commanding drumbeat he struggles to tune out.

Finally admitting who he is feels overwhelming. There's a reason Brennan remains a virgin and when he realizes Josh might be one too, the chemistry between them becomes impossible to ignore. Except acting on his attraction throws everything Josh has been raised to believe out the window.

Plagued by fear and self-doubt, they finally surrender, placing their trust in each other and their undeniable connection. But facing the world together takes the sort of faith that will either strengthen their bond...or shatter its very foundation.

What listeners say about A Breath Apart

It’s a summer romance years in the making. Josh and Brennan live in a small town and had known each other since they were kids. Their family background is so different from each other. Their story, their friendship, their journey to self discovery and making each other be their own safe haven.. it’s beautiful.
It’s young love, it’s innocent but also pure and fierce.

Such a well-written coming of age summer romance. Iggy Toma’s narration was awesome. The bonus scene was a great treat. 💜

Worth the credit I loved their love story

I loved this BL romance so much. it was such a beautiful and satisfying love story. I felt it in my soul! Heartwarming and at times heartbreaking the character development was some of the best writing I've read or in this case listened to.. the narration was superb. This novel had the most sensual love scenes that were both sweet and sexy at the same time. Full of wisdom and truth it made me wish that every person could read this story and gain understanding about the world in color...and the potential for everyone to live a life with honesty empathy tolerance and love. I will definitely read this again and recommend it.. rhank you for writing such lovely compassionate stories.

Simple and sweet story of two guys coming of age and discovering their sexuality. Sincere text brought to life by a solid narrator.

This is the best story I’ve read in a LONG LONG time what a beautiful story and narration was the best I’ve heard yet to date and I do have some favorites. If you miss this book you miss a real treasure. Please take the chance on this one. You will not be disappointed

good figuring out life and sexuality story. Young Love!! AND Iggy Toma, his work on this is OUTSTANDING. I Love his voice and his ease of telling a story. Josh and Brennon are worth your credit and your time to listen.