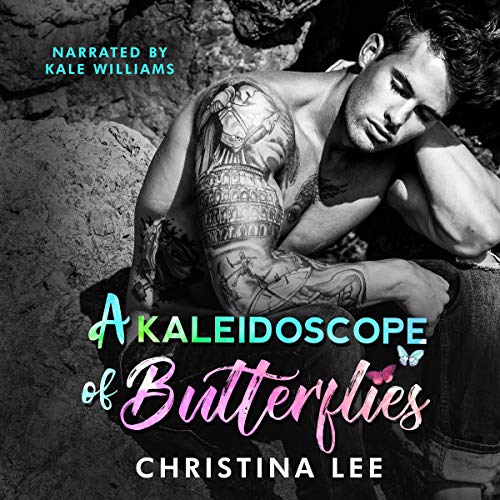 A Kaleidoscope of Butterflies

By: Christina Lee
Narrated by: Kale Williams
Try for £0.00

The last thing Emerson Rose expects is to fall for his best friend, Rhys, especially since he’s never been attracted to a man before. Everything in his life is already complicated enough. He’s put his own future on hold to raise his two younger siblings, and confusing feelings for the guy who always has his back muddy the waters even more. But then something astonishing happens. For one perfect moment, he thinks Rhys might feel the same - only to have his world come crashing down around him a second time.

Rhys Lancaster has always known he’s gay and that Emerson isn’t. Best friends since childhood, their easy companionship has usually been enough. Between his job, his adrenaline-filled adventures, and hanging out with Emerson and his siblings, he has it good...until he wakes up in the hospital with no memories of the last year of his life.

Like they normally do when things go horribly wrong, Rhys and Emerson support each other. Frustrated by all he’s lost, Rhys stays with Emerson during his recovery, and Emerson helps Rhys through the fog, while pushing those other feelings aside. To make matters worse, Rhys knows Emerson’s keeping something from him. Everything feels different now when he looks at Emerson, and as they fall into a comfortable routine, that aching desire doesn’t stay buried for long.

But Emerson has a family to raise, and Rhys is struggling to figure out what’s going on inside his head. Unless they can push past the doubts and fears to seal that connection between them again, this tragedy might become the one each has to weather alone.

What listeners say about A Kaleidoscope of Butterflies

Enjoyed three quarters of book. Not a bad story premise. Liked how there love grew. Like maturity of characters and problems they face. Theres quite a bit of sex at end. Possibly to much. But quite a interesting story.

Christina Lee is the Queen of the tender moment and this story is perhaps the most tender of all her novels to date. Having lost both parents, Emerson, unsure but determined, is raising his two younger siblings. When his best friend since childhood, Rhys, is hurt in a climbing accident, Em takes care of him too. I found this to be a beautiful novel about self-discovery and trust. The gentle nature of the two main characters, their long-standing friendship, and the mutual care and support within the family, all work to make the slowly unfolding romance moving and hard-won. 🎧 Kale Williams provides an unhurried and compassionate narration, matching the peaceful and poignant prose perfectly.

A sweet and sexy friends to lovers romance!

I adored this sweet and sexy friends to lovers romance.

Emerson and Rhys were amazing together. The chemistry between them was intense and electric.

The storyline was engaging and compelling.

The characters were likeable, relatable and well fleshed out.

●Narration kept me
● Story can be slow and a little wordy in some parts.
● this is not erotica to me, but it was sweet. so I listened and was pleased.
● only credit worthy...IF you are looking for GAY EROTICA like I was its not that, however, good story and Narration kept me.
●instanta-gay is alarming but the story is ok 👌
●audible fix your search results.

I was a little nervous that this woudk be heavy and heartwrenching but it’s was so so good. Incredibly sweet and the ultimate best friends journey to love! I adored it!!

Kale Williams is quickly becoming one of my favorite voices! He brought this book to life!!