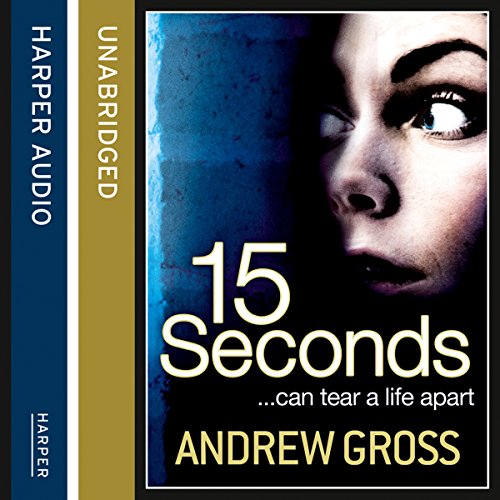 By: Andrew Gross
Narrated by: Christian Hoff
Try for £0.00

The nerve-shredding new thriller from the best-selling author of Reckless and The Blue Zone.

Henry Steadman is a successful surgeon with a thriving cosmetic practice in South Florida. He's divorced but on good terms with his ex-wife and remains very active in his daughter's life. But you never know what's just around the corner. An out-of-town traffic stop goes violently wrong as the cop who was about to arrest Henry is shot repeatedly, and the killer escapes the scene.

Henry is shell-shocked. To all the witness’s eyes, he had the perfect motive to murder the cop. He seeks help from his only friend in the area, but what he finds there seals his fate. His friend has been butchered and Henry now knows someone is framing him for a double murder. A state-wide man-hunt is ordered. On the run, trying to avoid dead-ends, only one person believes Henry: sympathetic state-trooper Carrie, who has seen her fair share of tragedy.

As Henry frantically tries to figure out who would want to frame him, Carrie tries to keep the faith as more incriminating evidence against Henry surfaces. She has to lie to her own police force, praying that she has made the right choice. The trail of set-ups leads them to another father on a twisted path to revenge – and Henry must face up to just what it is he's been a part of….

"I think this book is fantastic – it has all the obvious virtues plus that elusive X-factor that really made me resent the times I had to put it down. It's Andrew Gross's best yet – including the titles he wrote with James Paterson – and therefore an automatic must read for lovers of fast, topical, can't-put-it-down thrillers." (Lee Child)

What listeners say about 15 Seconds

Would you consider the audio edition of 15 Seconds to be better than the print version?

I listen in small chunks while walking the dog. This story kept me interested and intrigued. Would make a wonderful TV series or film!

What does Christian Hoff bring to the story that you wouldn’t experience if you had only read the book?

An American voice reading an American storyline, mainly in the 1st person, adds to the realism.

The start is especially intriguing - how can your life be turned completely upside down in such a short time?

People who like more detailed explanations to their storyand prefer slower paced books than the average thriller might enjoy this book more than I did.

Has 15 Seconds turned you off from other books in this genre?

No, thrillers are usually really well crafted and with a good author you know you are in good hands. You know they will deliver a caliber of writing and a book that you can expect will satisfy.

Have you listened to any of Christian Hoff’s other performances before? How does this one compare?

Have not listened to this performers books before is one, but he was fine.

If you could play editor, what scene or scenes would you have cut from 15 Seconds?

The book explained the story too far, well beyond the necessary, and this went on through the whole book. It was an effort to persevere. It also spelled out the obvious, often enough to get annoying. As a thriller, it should have been tight and clean in the writing and it wasn't.

I tried this author hoping to discover a new source of books in this genre, which is a favourite. before I try another book, I will look for reviews.

UGH! Became the story I loved to hate...!

The plot was far-fetched, the main character was an idiot, I had absolutely no sympathy for him whatsoever... The other characters, like his daughter, were not deeply developed, so I had no sympathy for them, either. The dialogue was trite and predictable, it could have been written by a second-grader. I couldn't figure out if the book was really, really badly written or if the narrator's performance made it sound like like it was really, really badly written. I think if it were read differently, it could have been an ok story.