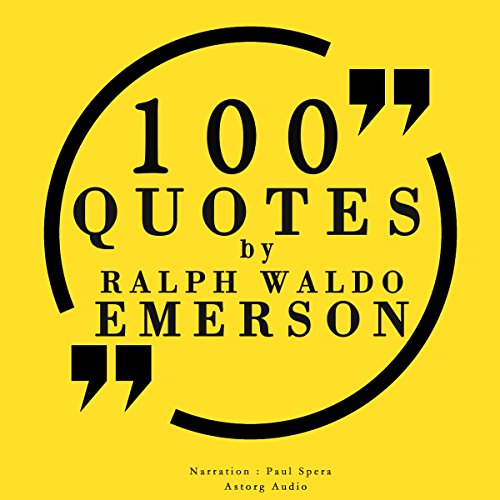 In his lifetime, Ralph Waldo Emerson was the most widely known man of letters in America, establishing himself as a prolific poet, essayist, popular lecturer, and advocate of social reforms. He was considered one of the great orators of the time, and his enthusiasm and respect for his audience enraptured crowds. As a poet and philosopher, he led the Transcendentalist movement, which professes the belief that everything in ouf world is a microcosm of the universe, and in the infinitude of individual man. Emerson developed the ideas of individuality, freedom, the ability for mankind to realize almost anything, and the relationship between the soul and the surrounding world. One of his best-known essays is "Self-Reliance".

These 100 quotes have been carefully selected in his body of work to introduce you to his thoughts and character, and to inspire you into adopting a larger stance on life through his wisdom and clarity.

What listeners say about 100 Quotes by Ralph Waldo Emerson