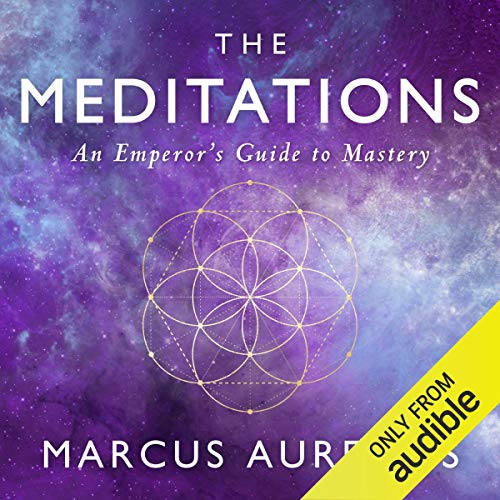 The Meditations: An Emperor's Guide to Mastery

How to think clearly, act purposefully, overcome any obstacle, and find peace and happiness along the way.

Marcus Aurelius (121-180 CE) was one of the few true philosopher-kings in history.

His father died when Marcus was three. At age fifteen, he was adopted by Emperor Antoninus Pius, putting him in the line of succession; and at 40, Marcus became a reluctant emperor of the Roman Empire.

Marcus was reluctant because the demands of being emperor - on top of the temptations of wealth and power - seemed incompatible with his true ambition: to be a humble student of philosophy. Over time, though, Marcus worked out a practical philosophy that kept him grounded amidst the stresses and excesses of palace life. That's why his philosophy is so relevant to us today, in the modern world.

The Meditations is a collection of Marcus' personal journal entries. They were not intended for publication but to remind Marcus himself of his principles and priorities. As a result, they are intimate, direct, and extremely useful. This new edition is rendered in contemporary English, with a foreword by Sam Torode. A companion volume, The Manual: A Philosopher's Guide to Life, is also available from Ancient Renewal.

What listeners say about The Meditations: An Emperor's Guide to Mastery

Sam Torode has a pleasant voice and a good rhythm. Get this copy. Worth it.

Stoic philosophy at its finest

Marcus Aurelius had a fine understanding of stoicism and his conscious self. The advice given throughout the book is invaluable, and the orator was excellent with his calm, soothing voice. It is what I imagine Marcus Aurelius sounding like now.

Listen to this for 10 minutes a day. It will help you to accept the way the world is.

This is easily the best audio version of a book I personally recommend to anyone looking into philosophy.

Previously I listened the manual (epectitus)by Sam Torode, so I was very interested on the meditations. The introduction on the manual and the meditation are similar so I fear it was more of the same but I was wrong. I tried before to listen to another’s author version of the meditations but the translation was to difficult for me to get the best out of it. I am very happy with this audio book it help me on this difficult times.

MA is Grounded with Truth and Reason

it is nice to peak back to his time and listen to his writings. it is universal to say the least. grounding truth and a great perspective. I have to say, it has definitely molded my mind to where I will probably make this my daily morning routine to listen to his wisdom.

I will change my mind

If you don't think, philosophy is a discipline, this book will change your mind.

It is not the usual ramble, graduates of philosophy I usually put out.

I struggled in my life. I seemed help. Then hated my self. Then I grew. And now I think, it was all alright. I got starving to forgive myself, the world and the universe. I now, that all my life, I was always right.

These are the thoughts of a man, who definitely had the weight of a Nation on his shoulders. And he destiled them pedantically into a systematic descriptions, almost scientific. This was before, there was any real science.

A long path awaits is on our ways through life. Give this book a try, it can not be simply summarized.

great narration translation and overall timeless wisdom! this is a must for any body wrestling with the battle which is life!

A great volume to listen to!

I loved this narrator since he's easy to listen to. The Meditations are nice in audible when you're driving or just doing some work around the house. They're great lessons for modern life.

I've long searched for a suitable translation of this text. I search no more. Superb!