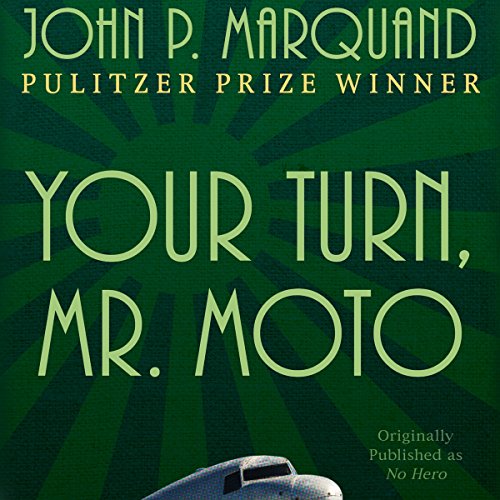 The thrilling first installment in Pulitzer Prize - winning author John P. Marquand's classic espionage series featuring Imperial Japan's most skillful spy. Capitalizing on his heroic career as a World War I flying ace, Casey Lee agrees to pilot a plane across the Pacific as a publicity stunt for an American tobacco company. But his future as a goodwill ambassador between East and West takes a nosedive when the flight is abruptly canceled. Stranded in Tokyo, his bank account rapidly dwindling, Casey is approached by Mr. Moto, a secret agent with a job to offer. The work entails a matter of grave international importance - and it pays well. Casey accepts the proposition and boards a steamship bound for Shanghai, where his mission will begin. His fellow passengers include Mr. Moto and Sonya, a beautiful exile from White Russia with her own private agenda. When a Chinese man turns up dead in Casey's stateroom, the trio is caught up in a dangerous game of intrigue and deceit, the outcome of which might just determine the fate of their nations. First serialized in the Saturday Evening Post, John P. Marquand's popular and acclaimed Mr. Moto Novels were the inspiration for eight films starring Peter Lorre.

What listeners say about Your Turn, Mr. Moto