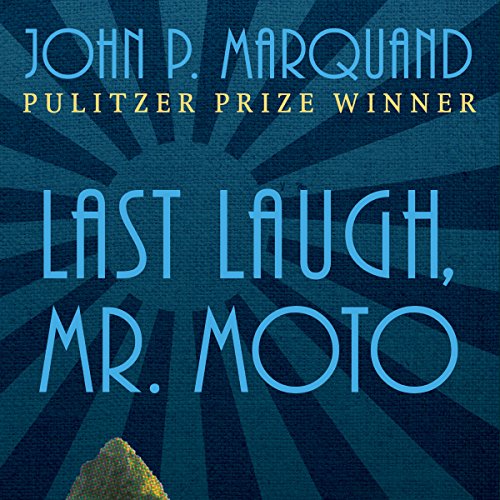 Japanese spymaster Mr. Moto travels to the Caribbean in search of a weapon with the power to determine the course of World War II.

November 1940: In Kingston Harbor, ex-navy pilot Bob Bolles lounges aboard his cutter. After months spent drifting from port to port, his only ironclad rule is no alcohol before noon. But when an American businessman named Malcolm Kingman, his gorgeous socialite wife, and their Swedish butler charter the Thistlewood for a trip to the remote Mercator Island, Bob's carefree life takes a dangerous and dramatic turn. By the time he places the Kingmans' strange accents and realizes what they hope to recover from the deserted island, it's too late. He is caught in the middle of an international espionage plot with grave implications for the wars raging across Europe and Asia. To keep a powerful military secret from falling into the wrong hands, Bob must dig deep within himself to locate hidden reserves of courage. Easier said than done, as is outwitting Mr. Moto, a top secret agent of Imperial Japan who has been tracking the Thistlewood across the Caribbean Sea. First serialized in the Saturday Evening Post, John P. Marquand's popular and acclaimed Mr. Moto Novels were the inspiration for eight films starring Peter Lorre.