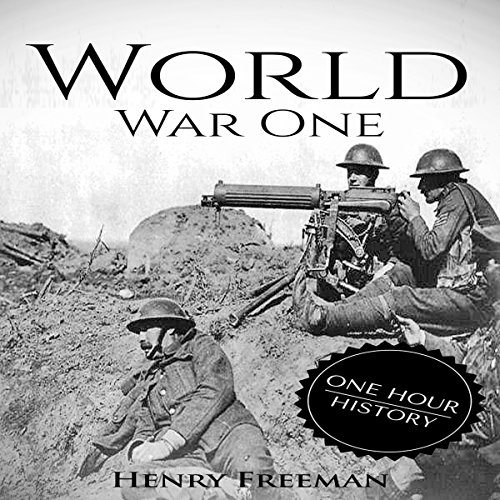 World War 1: A History from Beginning to End

World War 1: A History from Beginning to End

World War I was one of the bloodiest wars in modern history. At its end, it had claimed over 17 million lives. It led to the collapse of nations, the abdication of monarchies, and the end of empires. Entire divisions of men perished in the pursuit of mere miles of uninhabitable wasteland - towns were pulverized and millions displaced. It became a horrendous war of attrition, each side competing to kill as many of their foe as possible.

It became the first industrialized war in history and introduced revolutionary technology into the fray. The airplane, the tank, and the machine gun first saw action collectively during the conflict. It was also the first war in which poison gas was used to choke young men out of their trenches.

This audiobook is a timeline account of the important events that shaped the First World War. It details the events and causes that led the world to war. This audiobook covers the milestone moments, important battles, and how the outcome changed the world forever.

What listeners say about World War 1: A History from Beginning to End

The facts and nothing but the facts great information on a war that's almost forgotten.

This book gives what felt like a summary or superficial over view of the war. It lacked detail and left me with more many questions.