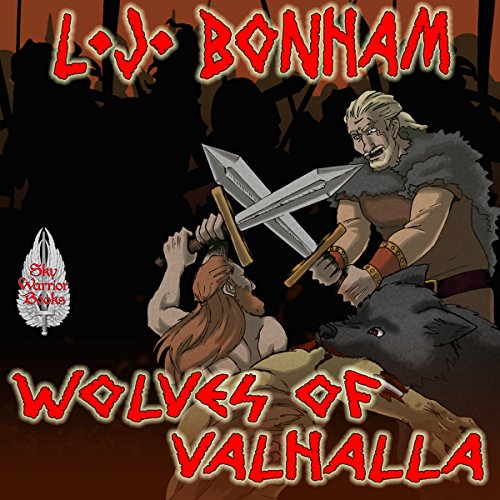 What's meaner than a Viking zombie? A Viking werewolf, of course.

The summer solstice in the prophesied year of the apocalypse. Snorri Geirolfson sails home with his brother and Viking comrades after a successful raid. A sudden, unnatural storm sweeps out of the North Sea and bolts of mysterious lightning pulverize everyone aboard, except Snorri. Snorri's bad day turns to a night from hell when his shipmates awaken as brain-eating undead. Desperate, he jumps overboard to avoid becoming their main course.

Snorri swims to an island shore where he finds a Norse fortress and seeks the protection of its chieftain, Thorolf Haeglson, who has his own issues. Thorolf is a werewolf and he hates himself. Nothing like an invasion of undead to lift your sagging spirits! Can this unlikely duo, thrown together by the web of the Fyr, defeat that which cannot be killed and save Thorolf's people from annihilation?

What listeners say about Wolves of Valhalla