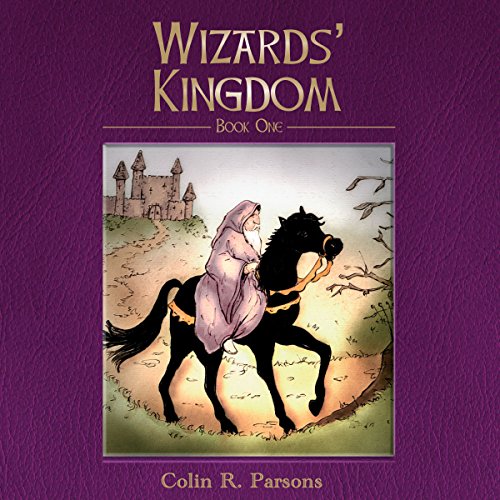 By: Colin R. Parsons
Narrated by: Jus Sargeant
Try for £0.00

The shadow of evil has spread over Wizards' Kingdom, and at the center of the web is the power-crazed warlock, Evilan....

Can the three benevolent wizards - Zendal, Crasmont and young Mydar - pool all their sorcerers' energy together and rescue Lord Torsk, imprisoned by Evilan in Spellock Castle? And is Torsk all that he pretends to be?

Maybe Loof the Catchet can help them...or the weird Rock People of the Shallow Water...or Crockledam the troll. Certainly, Shim, Zendal's jet-black stallion, is a tower of strength - until a vicious Cliffkreeper strikes him down!

When the despondent trio are joined by the ancient Wizard King Veltzeg, a master of shapeshifting, he lifts their spirits and skill levels, and a humdinger of a fight ensues at Spellock Castle - a real battle of wits, wills and wizardry. And may the best magician win!

What listeners say about Wizards' Kingdom

This story has all the elements of traditional fairy-tale/fantasy - my favourite genre - and it's read well. Given all the five star reviews I thought I'd really enjoy this book, but I simply didn't engage with the story at all. Obviously it works for a lot of other readers. Just not for me.