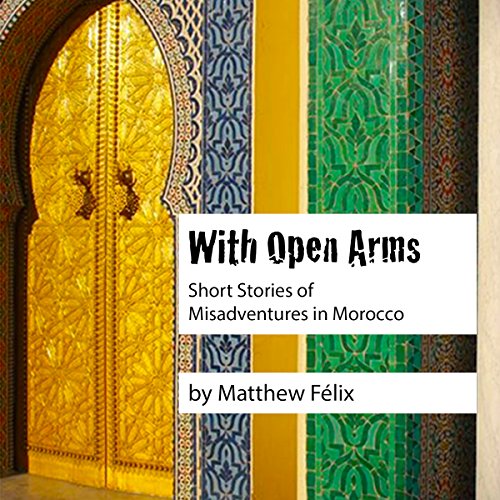 When Matthew had to renew his European visa, his point of exit was obvious: he was going to Morocco. Memories of his previous trip filled him with anxiety. What was he thinking? After everything that had happened, did he really want to go back? Scams. Altercations. Mishaps. But also humor and beauty. His curiosity overcoming his fears, his second trip would prove as unforgettable as the first.

"My reflexes belatedly kicking in, I couldn't help but flinch. The children cheered, relishing having reduced me to their plaything."

"Our little spectacle having brought the night market to a standstill, we were now surrounded by about 50 men. I was living the chaotic mob scene from so many movies, and it was every bit as nightmarish as it had always looked on-screen."

"As I was about to let out a desperate cry that would require no translation, the giant finished...leaving me flinching on the floor like a bug that's been smashed but isn't quite dead."

"Amidst astonishingly beautiful, unsullied waves of sand, a lone figure squatted, holding a roll of toilet paper. It was a peculiar, paradoxical sight."

An Amazon.com best-selling collection of travel writing as entertaining for the armchair traveler as indispensable for anyone interested in adventure in North Africa.

What listeners say about With Open Arms

In case you're planning to go to Morocco, I would only recommend this book if you are very, VERY well-travelled and can take it for what it is. It's a collection of stories of misadventures and annoyances. It's entertaining, but only showing a fragment of the travel experience in the country.

I enjoyed these tales of travel. Although not usually a fan of package holidays, I now have no intention of going to Morocco independently!