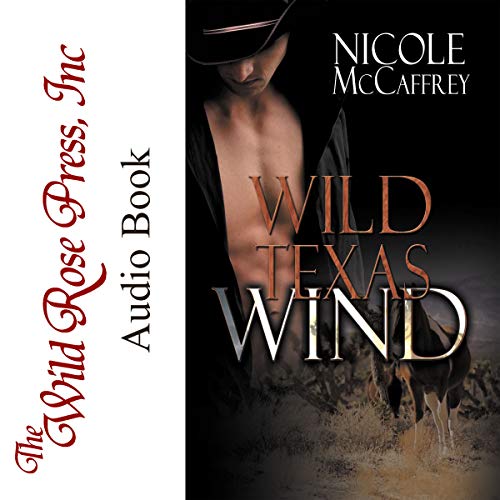 All Raz Colt wants is land, a quiet, peaceable existence, and to put his life as a hired gun in the past. When the chance to earn a sizable fortune by rescuing a kidnapped heiress comes his way, he seizes the opportunity. Trouble is, the heiress doesn't want to be rescued.

Offsetting Arden O'Hara's beauty is a rattlesnake personality and shrewish temper. Despite her claim that she faked the kidnapping so her fiancé would ride to her rescue, Raz knows someone is out to kill her. And if anyone gets the pleasure of wringing her lovely neck, it's going to be him.

Arden O'Hara is desperate to go home. Her fiancé was supposed to ride to her rescue, proving it's her - and not her father's money - he loves. Instead, an arrogant stranger with weapons strapped gunfighter low and a decided lack of sympathy for her situation shows up spouting a ridiculous tale about someone trying to kill her.

It's infuriating when Raz Colt's claims prove true after not one but several attempts are made on her life. She has no idea who this fast gun with the deadly aim is or why he makes her feel as wild and untamed as the Texas wind. But like it or not, if anyone is capable of getting her home alive, it's Raz Colt.

Why have I not read anything by Nicole McCaffrey before? I received the Audible version of WILD TEXAS WIND from a friend of the author who knows I love these Western Romance books, with the hope that I might provide a review, whether good, bad or indifferent. First, let me tell you that all thoughts, ratings and opinions are my own. As it is, I absolutely loved it! So much so that I totally ignored my husband all day as I walked around the house with ear buds stuck in my ears because I didn't want to stop listening for even a minute. Fabulous narrator! Dawson McBride has that deep husky voice that is so "wild west", and he even manages to do the female voices with flare.

Those of you who have read my reviews before know that I love romantic tingles. All those sexy tingles that lead up to more. Not the wham-bam stuff. Tingles. Well, this book is loaded with those romantic tingles! Great characters and an action-packed story that never got dull even for a single minute. The sparks that fly between Raz Colt and Arden sizzle and ignite! Great chemistry between these two. And even the secondary characters are fantastic. All of them!

What starts out as a way for Raz, a hired gunslinger, to raise some money to buy some land and get out of the business, turns into a rescue for an heiress who doesn't want to be rescued... until she finally realizes that someone really does want to have her killed.

This story had everything. Humor, action, romance, suspense! I loved it and can't wait to read more from this author.

The perfect combination of suspense and romance!

This is such a fun book, I can't believe I hadn't found Nicole McCaffrey sooner! A western romance full of suspense, a protective alpha male and just a delight to listen to. Arden is a 21 year old who disappears. Hired by her father, Raz Colt is commissioned to bring her back home, safely and still innocent. This task is much more than Colt has signed up for. This spirited woman is a handful, and he is smitten. And so is she! But despite the circumstances Arden thought were in place, things are dangerous. This story takes some unexpected twists and turns, has incredibly fun and witty banter, and a burning romance to make your heart warm. It's everything I love in a story and hope to see more out by Nicole soon!

When I see western romance, I always hope it's narrated by Dawson McBride! He brings this one to life with his slow, smooth drawl and gives it the edge it needs. Each voice is distinguished, he uses accents and it's an amazing listen.

Loved the mystery, romance, and adventure so carefully woven together. I for one wouldn't mind meeting Colt and being rescued by him!!

Besides the fact that Dawson Mcbride could read the phone book and make it sound good, this is a good book. Well written and really s good story. I recommend this book.

It is the story of two people that are not made for each other. Arden is a spoiled, rich young lady who while growing up didn't receive proper discipline. Raz is a gun-fighter/bounty hunter who was raised in a bordello. Yes, opposites attracts. Some surprising twists and turns as well all with a happy ending.
The narrator does an excellent job.

You don’t want to miss this one if you’re a fan of old west romance. Everything in the story and it’s world are believable. Nicole McCaffrey skillfully guided Raz and Arden through their distrust to dislike to accordance to lust to love. I won't reiterate the story line because you can read the Publisher’s Summary above. I will say that it was a fantastic 11 hours that didn’t once bore me. The explicit sex scenes were few but were lead up to by increasingly hot encounters (and dirty thoughts).

Yummy! comes to mind when I hear Dawson McBride’s voice for Raz Colt. He does an acceptable woman’s counterpart that’s NOT whiny or high pitched... thank you Dawson for that. And does a perfect irish lilt for Arden’s father. Great narration accomplishment.

I was given this free review copy audiobook at my request and have voluntarily left this review. My review is HONEST.

Wild Texas Wind by Nicole McCaffrey is a great western romance by one of my favorite authors. The hero was strong and commanding throughout the entire story. Loved the other characters and the plot. It is narrated by my favorite narrator of romance, Dawson McBride. He does an excellent job of bringing Ms. McCaffrey's historical western to life.

Fabulous novel with a great narrator

**I received a copy of this audiobook for an honest review**

This novel was well written and it was done so well. The narration was on point and really helped weave the story together. It is a sign of a great novelist when I hate the heroine and then at the end of the novel I actually liked her. The narrator did a great job with both the male and female characters which I'm a stickler on no matter what novel I read. I highly suggest this novel to anyone who is looking for a good western romance to listen to on the commute!

She's was kidnapped. He's to bring her home.

Emotional, Funny, Opposites attract, Will her love bring him back? Loved the narrator. Can't wait to listen to another book by Dawson McBride. You can feel the tension between the characters. Friends and soon to be family are your worst enemy.

One of the best Western Romance I have read

Arden, a 21-year-old woman who is used to getting her way in all things, spoiled by her family who lost his wife he allowed his daughter to pretty much rule over everyone. Even though her father did not approve of the man she was going to marry, he gave her his blessings because that she what she wanted. But Arden decided to fake a kidnapping to see if her husband to be would come and rescue her, however, it did not work out that way. Instead, she was actually kidnapped unbeknown to her. Colt, a half breed was hired by hArden's father to rescue her, the payment for the job was enough for Colt to give up his job as a hired gunman and settle down which is why he took the job. But things do not work out as he planned when he finally meets up with Arden. The two are instantly attracted to each other but denies it to the end. The story is well written and you are guaranteed tons of twist and turns, a laugh, sigh and cheering the characters with throughout the story. I have found myself a new Western Romance author and will certainly continue reading her novels.